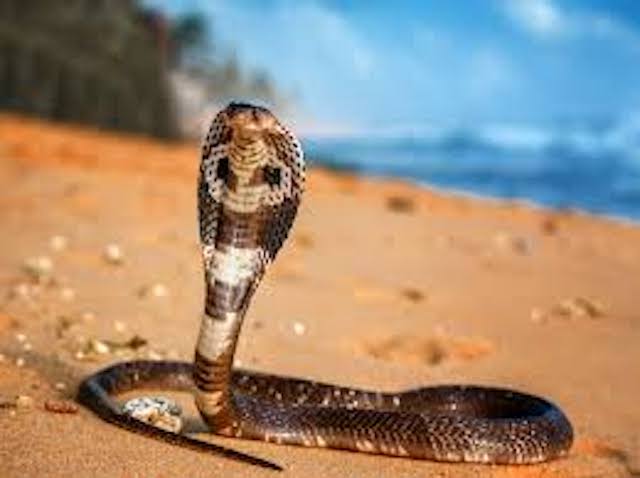 Cameroonian customs said Monday they had arrested two men for trying to smuggle 80 cobras and vipers to London on a commercial flight.

The suspects, a Cameroonian national and a Nigerian were arrested 4 December at Douala International Airport for using fake papers to clear their cargo, customs service spokesman Jean-Claude Ekoube told AFP.

The dangerous snakes were being transported in wooden boxes marked “Venomous”.

The men were booked on an Air France flight to London via Paris.

According to Journal du Cameroon, the poisonous snakes spread out in two boxes which equally contained lizards.

Customs officials said they were attracted to the wooden boxes because they had holes all over.

When questioned, the passenger-carrying them along, a Cameroonian accompanied by a customs clearance officer said the boxes contained animals.

The customs officials asked to see the documents authorizing him to travel out of the country with the reptiles.

After declaring that he captured the animals in Buea, South West region of Cameroon, the man purportedly presented a false authorization given him by the Ministry of Forestry and Wild Life.

The reptiles were seized and he and the said customs clearance officer accompanying him arrested.

The Journal du Cameroon did not report that a Nigerian was also arrested.