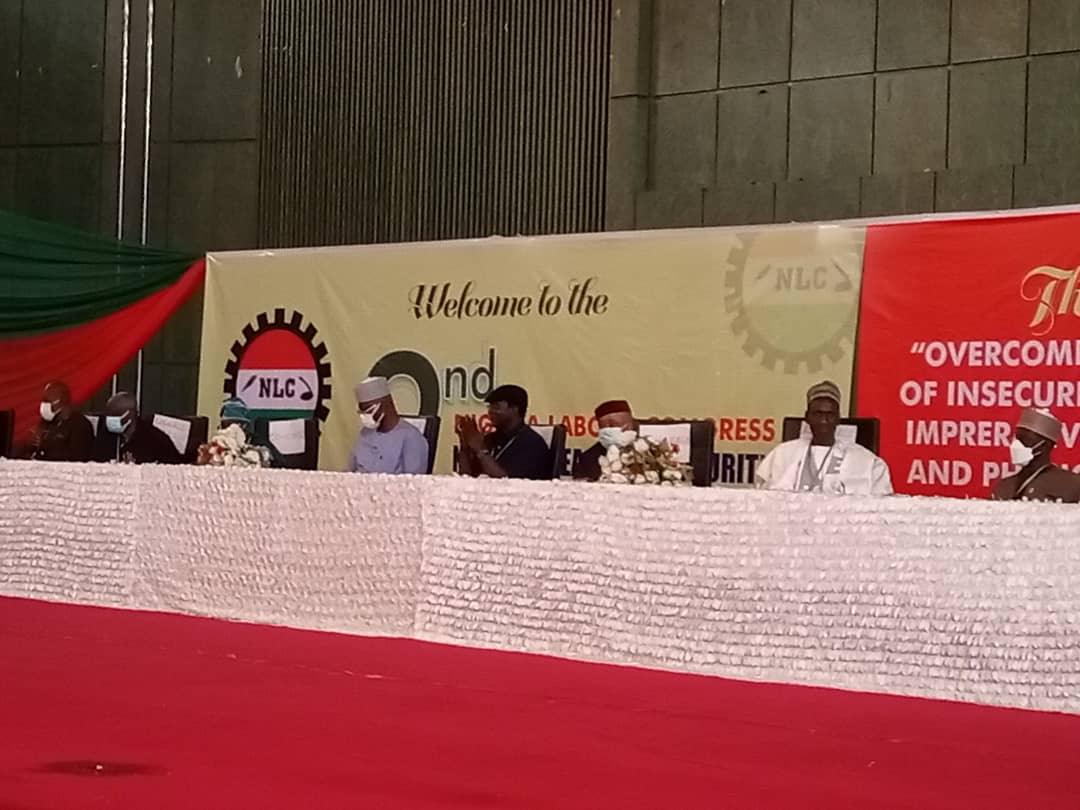 Ayuba Wabba, Chairman of the National Labour Congress NLC has blamed the constant increase in banditry, kidnappings and other insurgencies in Kaduna on the lay off of public sector workers in the state. Wabba said this at the 2nd National  Labour Congress National Peace and Security Summit in Abuja on Thursday. Wabba said civil servants who have been laid off since 2016 are yet to be paid their gratuities leaving both them and their dependants stranded.

The summit which focused on  Overcoming the Siege of insecurity in Nigeria: Imperative of Human and Physical Security, sought to explore ways and seek public opinions on how to lift Nigeria from it’s current security challenges.

Ken Nnamani, a former Senate president who chaired the event, described NLC workers as the taproot of Nigeria’s sustainable democracy as they are the ones who readily address issues people would rather shy away from. He further described the constant killings and attacks on security personnel in the South-East as an organized effort to remove security presence from the region.

The former Senate president commended NLC for organizing this summit as security was everyone’s business and not just for the Federal Government alone.

Former NLC President, Hassan Sunmonu who co-chaired the event described security as everyone’s business and the case of Nigeria should not be as one treating leprosy with skin rash medication

Also at the summit was Festus Keyamo, Adams Oshiomole, representatives of Nigerian workers, the Media and members of the National Association of Nigerian Nurses and MidWife.