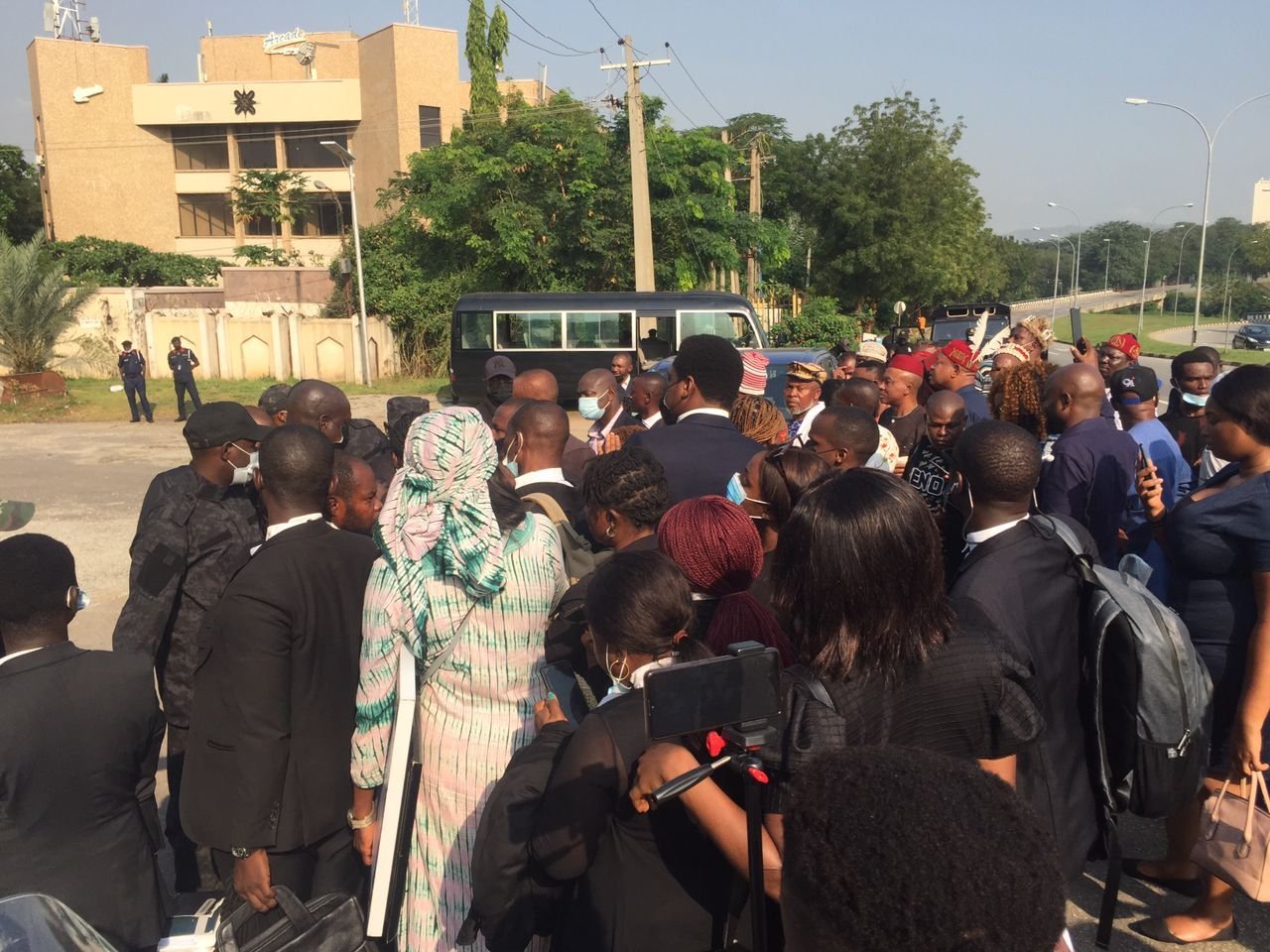 The legal team of the leader of the proscribed Indigenous People of Biafra, IPOB, Nnamdi Kanu, on Wednesday in Abuja forced the federal high court to shift the trial of their client till January 19 and 20 next year.

The legal team, led by Ifeanyi Ejiofor, had chosen to stay out of court in protest against the refusal of security operatives to permit a foreign lawyer into the courtroom.

Although Ejiofor and others had earlier entered the room, they left when information got to them that the foreign counsel would not be allowed into the courtroom.

Justice Binta Nyako adjourned the matter when it became obvious that the lawyers would not come back.

Meanwhile, Kanu has been returned to the custody of the Department of State Services.