No election in Anambra, a call for anarchy – PFN begs IPOB 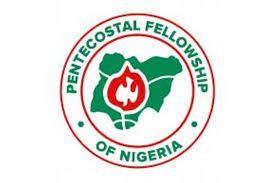 The Pentecostal Fellowship of Nigeria, PFN, on Thursday, urged the Indigenous People of Biafra, IPOB, to reconsider its stand towards the Anambra State election scheduled for November 6, 2021.

The appeal followed a declaration of a one-week sit-at-home beginning from November 4 to November 10 by the IPOB over the non-release of its leader, Mazi Nnamdi Kanu.

Speaking at a special prayer rally in Enugu, the Enugu State Chairman of PFN, Bishop Goddy Madu said that any attempt to stop the election would throw up anarchy and would not be in the best interest of the people.

He also took a swipe at the President Muhammadu Buhari-led Federal Government accusing it of failing woefully in its promise to secure Nigerians.

The PFN leader lamented that when Buhari was campaigning to be President, he promised to end the insurgency in six months, regretting that “today, not just that the Boko Haram insurgency did not end, but it has given birth to several other terrorists’ groups.”

Madu, however, said a boycott of Anambra election “is a call to anarchy because in a democratic setting, when you block elections, you give room for all manner of crises.

“You are agitating for something, but you are using the wrong key to open the right door, what will happen- you will end up sweating for nothing.

“The move of no election in Anambra come November 6 is using the wrong key to open the right door and it is not going to work out, because if the election did not hold, the governor by the constitution will not stay in office beyond one day and what will be the next thing- state of emergency will be declared.

“The dream of the Attorney-General, Abubakar Malami will come to pass, which is call for a state of emergency and then under such situation, it will no more be democratic setting, we are talking of slavery but that is the time you will see the real slavery in your place.

“If we say that there will be no election, we are becoming followers and disciples of Malami, he is now having us as students and it will be very stupid of the Igbo to play into the uncultured mind of Malami. I say uncultured because if there is a need for a state of emergency, it should be a national state of emergency, not in a particular State.”

“So, all the forests in Northern Nigeria and some forests in the South are now being occupied by bandits. You can imagine that they were able to invade the Nigerian Defense Academy, the training ground of our military, killed some and abducted others.

“The implication is that the country is in a state of terror, even governors now go with Armored Personnel Carrier, APC, what then is the fate of the common man?”

He noted that “it will take God to resolve the problem in Nigeria. 2023 election is not even the solution but what we do and how we package ourselves towards 2023 will bring a solution.

“If we go tribal, we will fail, if we go party, we will fail. We need a man of solution, we have them in Nigeria but who and who is prepared to give them a chance; that’s why we summoned this meeting, to pray unto God who alone has the answers and solutions.

“In Nigeria as of today, no governor has the answer, no president has the answer, changing service chiefs is even worsening things; recalling commissioners and posting new ones is not helping matters. When a man understands the terrain in his environment and starts to implement his strategy, you pull him out and bring a fresh person, the crisis will continue.

“We urge our people to call on God to help us; and I’m not saying only Pentecostals, not only Christians, even Muslims, I charge you all to rise up and call upon God, because it is only our Lord God that has the answer to the situation in Nigeria,” he advised.