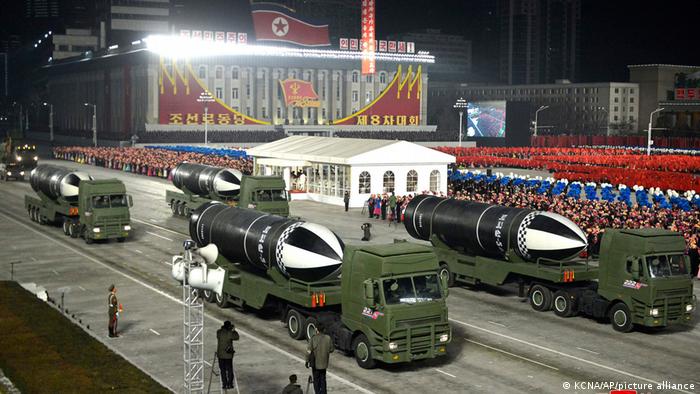 A UN sanctions committee on Friday called for a panel of experts to investigate North Korea’s latest missile launch, as the UN Security Council weighs its response to renewed saber-rattling from Pyongyang.

Earlier Friday, North Korea said it had launched a “new type” of ballistic missile on Thursday.

The call for an investigation comes as the UN Security Council extended the mandate by 13 months of UN experts overseeing sanctions imposed against North Korea.

The latest expert report in February said Pyongyang is modernizing its arsenal of nuclear weapons and ballistic missiles by evading UN sanctions and using cyberattacks to finance its weapons programs.

The new resolution calls for UN experts to present an interim report by August 3 and a full and final report by January 28, 2022.

Thursday’s missile launch was the first by North Korea since US President Joe Biden took office on January 20. North Korea has in the past used missile tests to get a feeling for how new US administrations will respond.

Following the launch, Biden said: “There will be responses if they choose to escalate. We will respond accordingly.”

“We express our deep apprehension over the US chief executive faulting the regular testfire, an exercise of our state’s right to self-defense, as the violation of UN ‘resolutions,'” the statement said.

Negotiations between the US and North Korea remain at a stalemate following the second summit between US former President Donald Trump and North Korean leader Kim Jong Un in February 2019.

At the summit, the US rejected Pyongyang’s demands for sanctions relief in exchange for partial denuclearization.