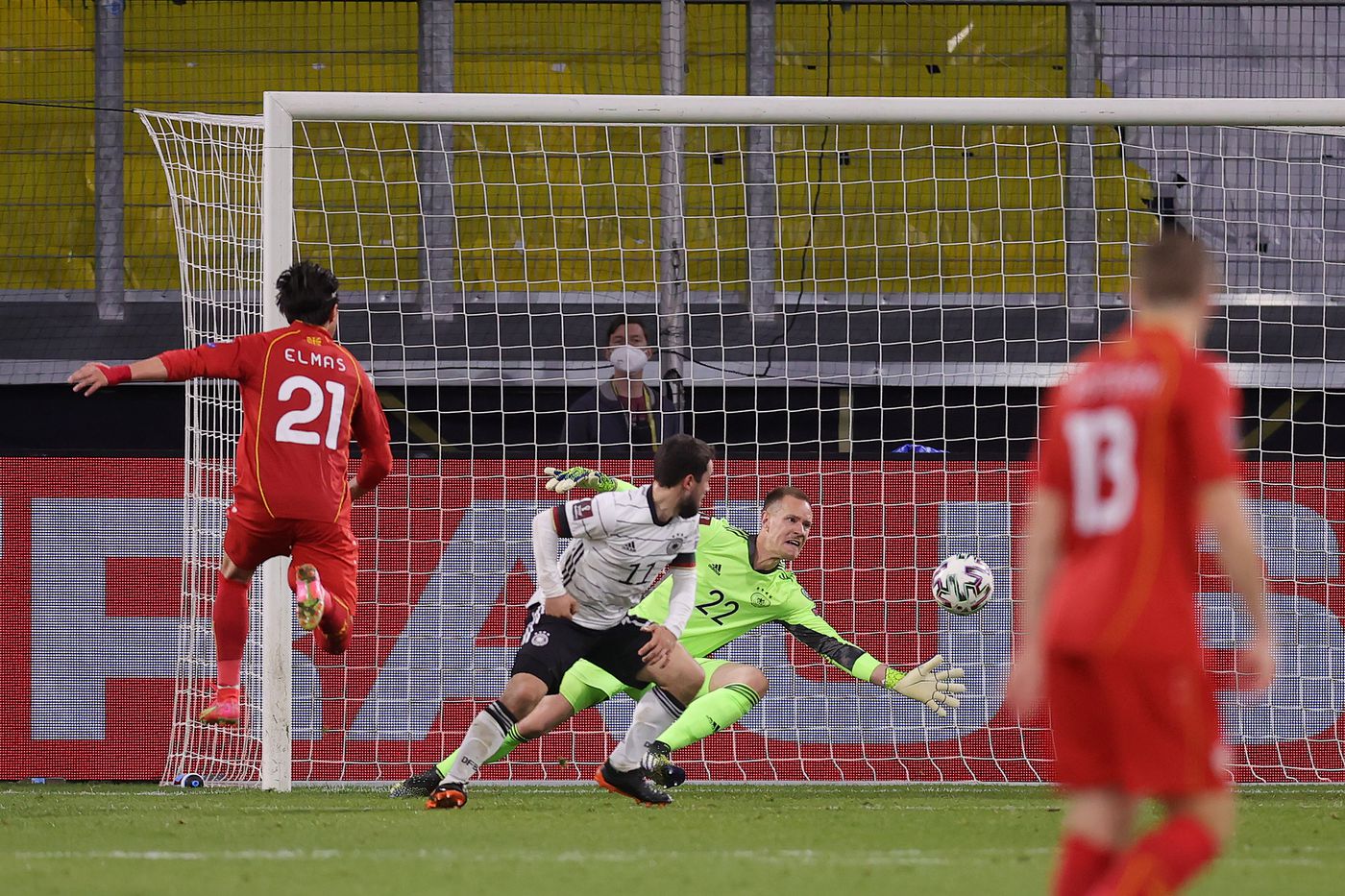 Germany, four-time world champions, on Wednesday suffered a surprise 2-1 loss to North Macedonia in the 2022 FIFA World Cup qualifying games at the Schauinsland-Reisen-Arena.

North Macedonia, ranked 65th in the world, stunned their hosts through Goran Pandev’s opener and Eljief Elmer’s winner, while Germany could only score via a penalty.

Pandev put North Macedonia ahead on the stroke of half-time but Ilkay Gundogan equalized from the spot on 63 minutes after Leroy Sane was fouled in the box.

Timo Werner, Chelsea’s faltering striker, should have given Die Mannschaft the lead late on but he missed from point-blank range, scuffing his shot wide from six yards out with the goal at his mercy.

The visitors would go the other way and snatch victory through Elmas with five minutes left on the clock. The 21-year-old Napoli midfielder’s close-range finish ensuring a famous victory.

The loss is Germany’s first in the qualifiers in 20 years and ended a 35-match winning streak that started after a 5-1 defeat by England in 2001.

Germany drop to third in Group J of Europe’s qualifying series, level on six points with North Macedonia from three matches, and three points behind Armenia, the early pacesetters.