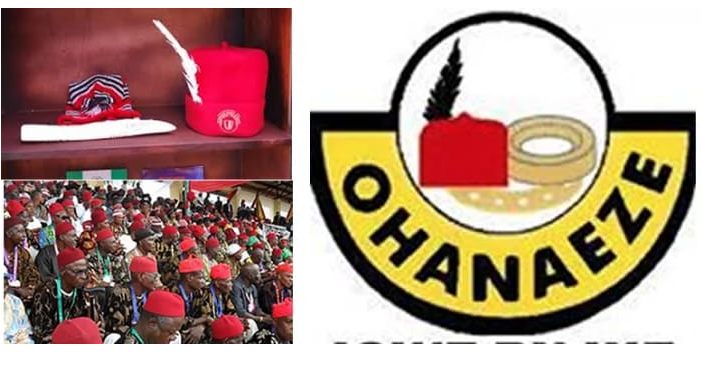 Ohanaeze Ndigbo Worldwide has issued a strong warning to the security agents allegedly intimidating motorists and passengers travelling from different parts of the country to their various hometowns in the southern part of the country.

Ohanaeze said that there are attempts by a particular tribe among the security agents to deliberately swindle, molest, and delay motorists of Igbo origin with intent by either falsely accusing them of being members of Indigenous People of Biafra, IPOB, and Eastern Security Network, ESN, or labelling them sponsors of ESN.

The group said by doing this the security agents want to maimed or get the innocent citizens slaughtered in the process.

“We oblige all security agents to put human face while carrying out their operations in the southeast, as there are mechanisms put in place to checkmate all manner of recklessness and unprofessional conduct from any erring security agents, as those caught will be made to face the consequences of their actions,” Ohameze said in a statement signed by Mazi Okechukwu Isiguzoro, its Secretary-General.

“Ndigbo returning home for the Christmas and New Year holidays should be aware of the perilous time and insecurity challenges facing Igbos in the South East.

“With the situation on the ground, it’s advisable for all Igbos to desist from flamboyant and opulent lifestyles that might attract unnecessary attention from criminals and security agents, any Biafra insignias, flags, and uniforms are highly prohibited and forbidden right now in the southeast, we wish to remind Ndigbo that Military Operation Golden Dawn is still on to quell the rebellion against criminals and agitators, all must carry identity cards for means of identification and should be calm whenever being confronted by security agents,” it said.

Ohanaeze Ndigbo further called on the Imo State Government to ensure that peace returns to the state, adding, “We are still taking stock of how deteriorated the insecurity challenges have worsened under the watchful eyes of Imo State Governor, Senator Hope Uzodinma.

“The government of Imo had failed to improve the security situation in the state, we hope that history will be fair to him to pronounce him the worst Governor that superintendent the carnage of Igbos?”