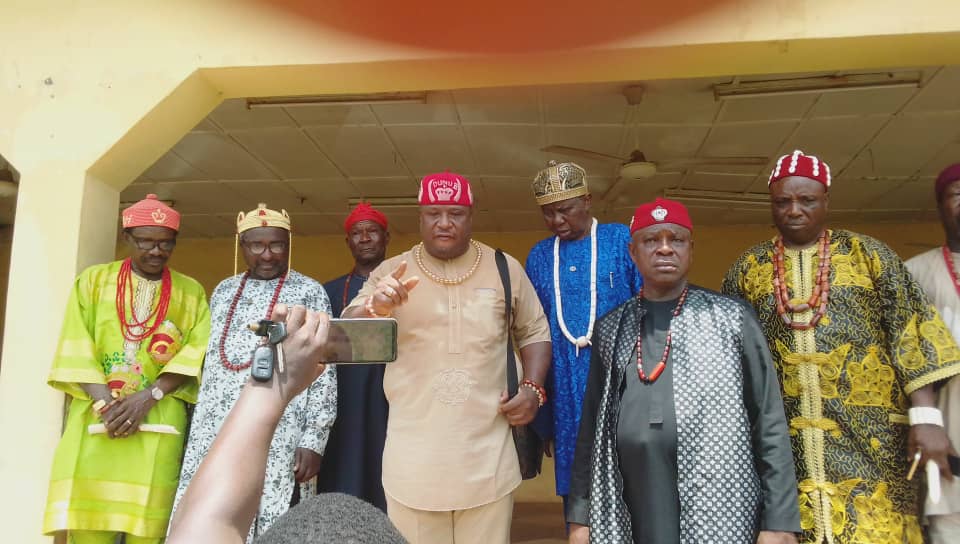 The Royal Father’s concluded by moving a Vote of Confidence on Governor Ugwuanyi for what they described as ” his peace mantra, developmental strides, astute leadership and good governance in Enugu State”.

Below is the full text of the communique

Meanwhile more facts of what happened after the disruption of the Traditional Rulers meeting on Friday has emerged.

Some of the Traditional Rulers who were assaulted by the thugs said that the arrival of policemen from both the Oji Police Area Command and Division saved the day as the thugs took to their heels while some including their leader known as Obinna Onwualarude aka Obiadada were promptly arrested.

A local Government staffer who pleaded anonymity told Signature TV that the number of thugs allegedly brought into the Council by Igwe Madu was alarming.

“We saw him standing there and dishing out orders to the thugs but the one that annoyed everyone was when he ordered the beating of one elderly traditional ruler while he watched the humiliation”.

Signature TV learnt that after the intervention of the Police the parties were invited to the Police Area Command in Oji where statements were taken.

It is not clear whether the assaulted Traditional Rulers are pressing charges against Igwe Godwin Madu and some of the hoodlums arrested by the Police.