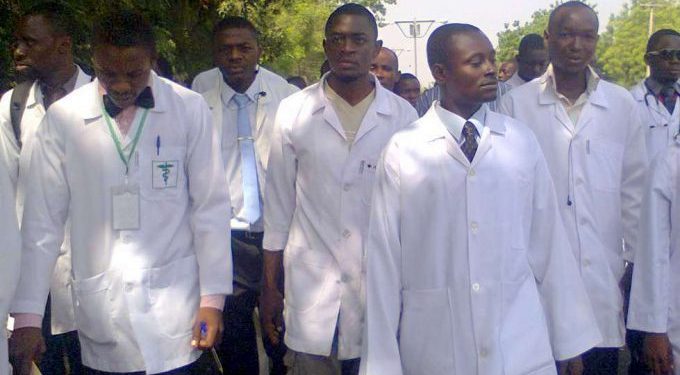 The doctors, who marched to the office of the Chief Medical Director of the hospital said they were being owed four months’ salary.

The doctors threatened to embark on an indefinite strike by next Monday should government fail to accede to their demands.

They decried a situation where other health workers under health management board are receiving salaries regularly.

Spokesman of the aggrieved doctors, Dr Taiwo Olagbe appealed to well meaning Nigerians to prevail on the state government to settle their unpaid salaries.

Addressing the aggrieved doctors, the Physician in Charge of the hospital, Dr Adesina Adetan said government was doing everything to ensure that the doctors salaries are moved into the mainstream system.

He appealed to the striking doctors to go back to work