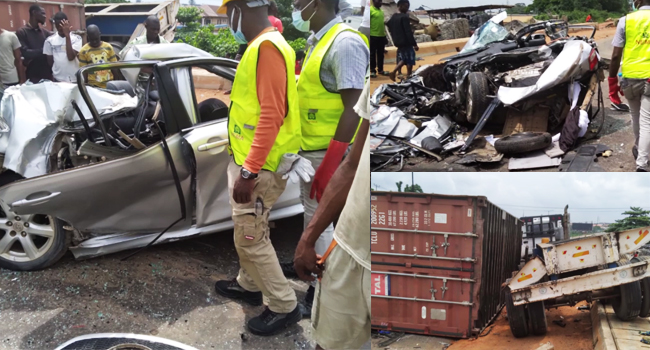 One person has been confirmed dead while another sustained life-threatening injuries in a multiple motor crash close to the Otedola bridge outward Lagos.

The incident occurred on Sunday when a containerized trailer lost control while descending towards the bridge.

In the process of trying to park off the road; the container fell off the body of the vehicle and landed on top of another vehicle which was being driven by a woman. She was rushed to the hospital after sustaining serious injuries.

A young man who was hawking snacks amidst the gridlock was unfortunately crushed to death.

Meanwhile, NEMA has appealed to motorists to exercise utmost caution while driving in this festive season.