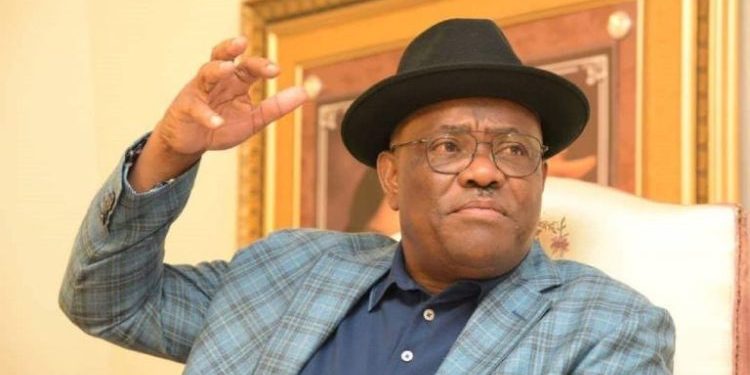 Rivers State Governor, Nyesom Wike, has challenged the All Progressives Congress (APC) members to showcase development projects they have delivered to the people in their various states to prove they also mean well for the people.

The governor said it was only the People’s Democratic Party (PDP) governors that were developing and delivering infrastructural projects in their various states.

According to him, these projects have continued to improve the well-being of the people to affirm that development is happening only in PDP-controlled states.

“Some few weeks ago, I was invited by the Benue State governor to come and commission some projects. I went and I commissioned not less than three road projects.

“They received us very well and I did say to him that the people of Rivers will also like him to come and also commission projects in the state. So that Nigerians will know that PDP is the party that means well for the development of this country.

“We challenge the ruling party to tell their states to roll out projects and invite people to come and commission them,” Wike said.

Governor Wike described his Benue counterpart as a man who is committed to the development of his people, forthright, courageous and stands in defence of the well-being of the people in the state.

He said when Governor Ortom was being persecuted, and made to pass through intimidation, he stood firm and stayed with the people.

Wike said his relationship with Ortom was designed to make Rivers and Benue states, including PDP to move forward.

“Governor Ortom is one of those governors that will stand firm in whatever he believes in. He does not care whether you will deny the people of Benue State what is due to them. He will still say the truth as it is. You all know what has happened in Benue State; what he has passed through, how they have tried to intimidate him but he has stood firm and said no.

“That is the same thing we are doing here. No matter all the intimidation and what they are trying to do to us, we have stood firm to defend the interest of our state. And so for me, I will like to associate with people like this and that will make our state, our party and will make our country to move forward,” he said.

Governor Ortom said God has destined him and Wike to work together as brothers and friends in speaking up for the voiceless and marginalised people in the country.

According to him, Nigeria has, since 2015, ceased to be a country where equity, justice and fairness are promoted.

He said until those virtues are embraced nationally, every citizen would remain entangled and never be free.