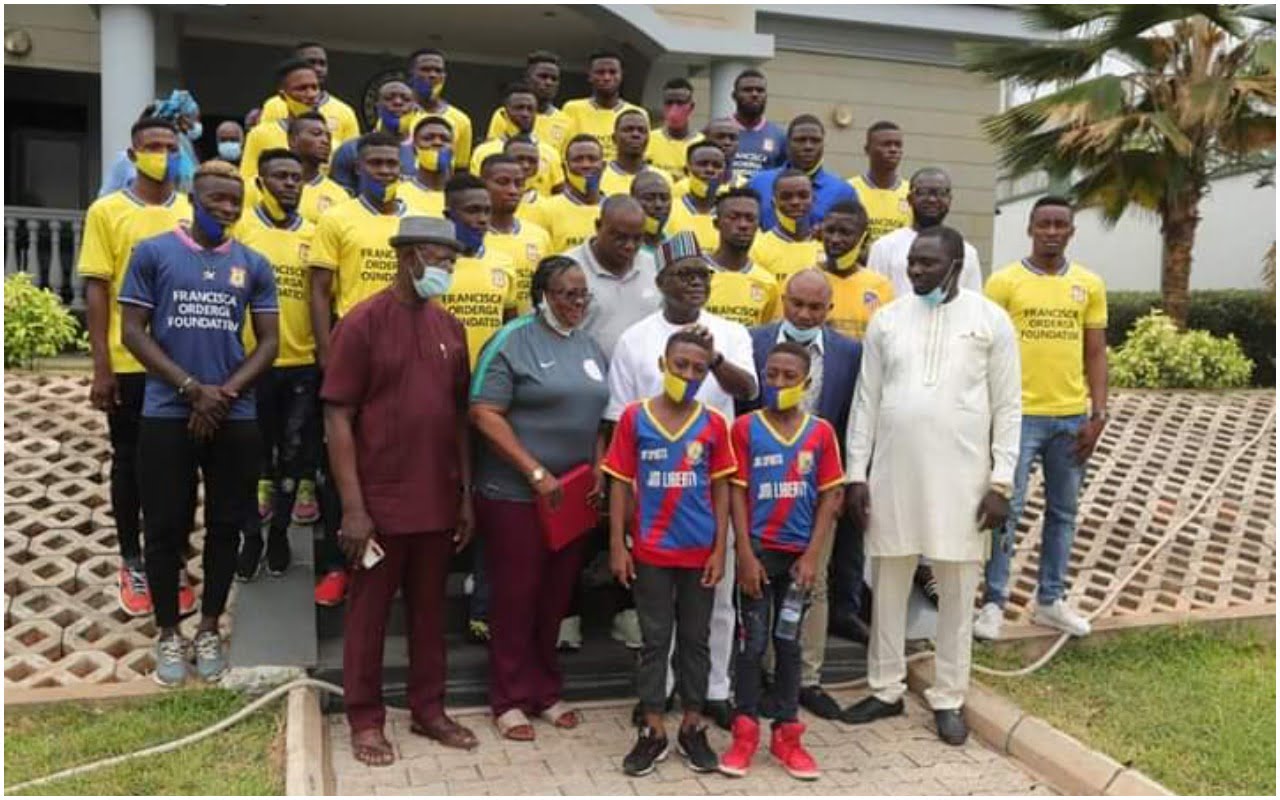 Governor Samuel Ortom of Benue State has congratulated the management and players of the JM Liberty Football Team on their promotion to the Nigerian National League, NNL, also known as the professional league.

The Governor gave the commendation during a courtesy call on him by the Chairman JM Liberty Football Team, Mr. Jeremiah Avungu, and the Chairman Benue State Football Association, Mrs Margaret Icheen.

He expressed delight over the team’s capacity to emerge victorious in a competition involving 13 teams from various states of the North, hosted in Jos, Plateau State and for being the only team to be promoted in the North Central zone.

Governor Ortom who encouraged the players to remain committed and aim for national and international teams, also charged the council chairmen to organise chairmanship football competitions to identify and harness talents.

The Governor directed the State Commissioner for Youths and Sports to liaise with the Deputy Governor, Engineer Benson Abounu to work out some modalities to support the team.

State Deputy Governor, Engineer Benson Abounu said he was surprised when he watched JM Liberty Team during an encounter with Lobi Stars, saying the team was enterprising and needs encouragement to make the state proud.

Chairman JM Liberty Football Team, Mr. Jeremiah Avungu while soliciting the support of the state government to sustain the team said he felt honoured to present the victory plaque to the Governor, having been among the only 8 teams that made it to the NNL.