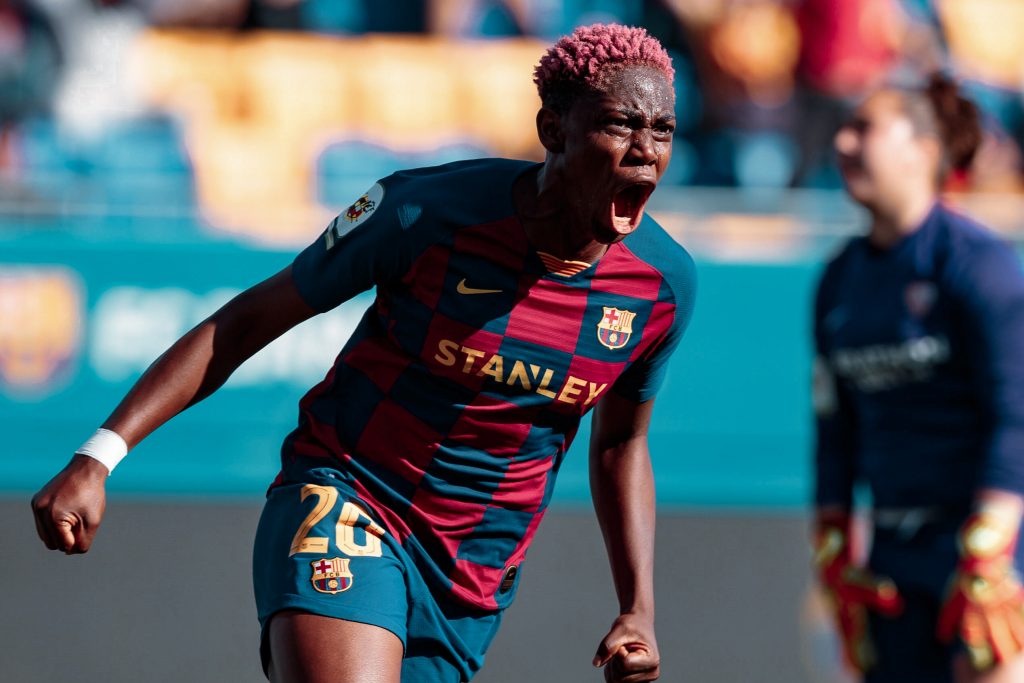 FC Barcelona Femeni has confirmed that Asisat Oshoala has undergone surgery on her right foot.

The club in a statement on Wednesday said the surgery was to correct a defect.

“The player had been suffering from discomfort for a few weeks, which had caused her to miss a game, such as the one at Santa Teresa.

“The intervention was given by Dr. Dalmau, under the supervision of the Medical Services of FC Barcelona,” it read.

WHO IS ALKALI BABA USMAN, THE NEW ACTING INSPECTOR GENERAL OF POLICE?