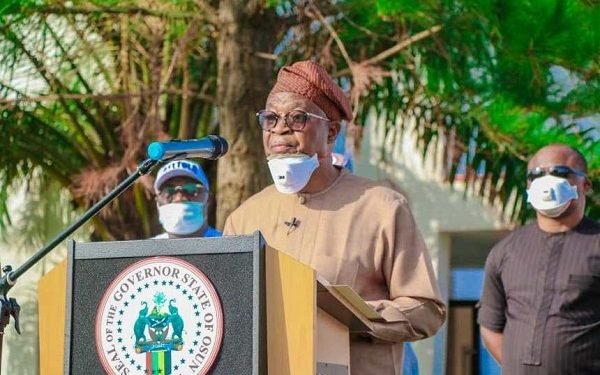 The Osun Progressives (TOP), a caucus in the Osun All Progressives Congress (APC) has warned the State Governor, Adegboyega Oyetola to desist from threatening the newly elected ward and local government officers of the party.

The newly elected ward and local government officials were elected in the recently concluded congresses of the party in the State.

Adelowo Adebiyi, the TOP Chairman in a press statement revealed that the Governor and leaders of his group, IleriOluwa have embarked on an attempt to compromise and threaten party executives.

The party executives, Adebiyi revealed, were plaintiffs in the suit against, Gbenga Elegbeleye, the chairman of the Osun APC congress committee.

While condemning the action, the TOP Chairman noted that it would not benefit the governor and his group.

“What the Governor and his group are doing will do more damages to the disquiet in the party as most members who felt irked and debased by the atrocious past leadership style will rebuff the attempt,” he said.

While acknowledging that genuine and rational reconciliation remained part of strategies to settle disputes, he noted that the governor’s approach towards resolving the issue on ground would not work.

Recall that the APC congresses in the State produced two factions.

As of the time of this report, there are two factional APC executives in Osun State, which cut across the ward, local government and state levels.

A faction is being led by Adegboyega Famodun, while the other faction is led by Rasaq Salinsile.