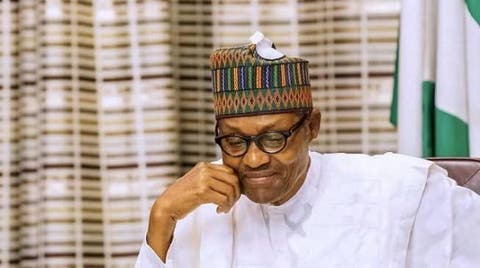 President Muhammadu Buhari, has spent eight months in the country without embarking on a foreign trip, the longest since his regime began almost six years ago on May 29, 2015.

The ongoing COVID-19 pandemic plays a key role in limiting the President’s international travels as the highly infectious disease has claimed over 2.7 million lives across the globe in over a year, including Buhari’s chief of staff, the late Abba Kyari, who died on April 17, 2020.

This has led to varying degrees of travel restrictions across the globe since early 2020. With the physical constraints occasioned by the global health crisis, virtual multilateral deliberations have gained popularity as fewer in-person meetings become a necessity.

However, a breakdown of the 2020 budget submitted to the National Assembly showed that N1.751bn was earmarked for the President’s foreign trips, while N775.6m was allocated for his local trips.

This was apart from the N182.25m appropriated for travels and transport in the budget of the State House Headquarters.

Buhari’s last foreign trip was to neighbouring Bamako, Mali for a peace mission by the Economic Community of West African States Head of States on July 23, 2020. He returned to Abuja the following day.

The brief visit marked Buhari’s only foreign trip since the COVID-19 outbreak in Nigeria on February 27, 2020.

In 2020, Buhari’s two previous foreign trips included his January visit to London, United Kingdom for the inaugural UK-Africa Investment Summit – marking one year and two months since the President left Africa – and his five-day visit to Addis Ababa, Ethiopia in February 2020 for the 33rd Ordinary Session of Heads of State and Government of the African Union.

However, in 2019, Buhari made 14 overseas trips between April and December, which included three to Saudi Arabia, and one each to Senegal, Jordan, the United Arab Emirates, Chad, Burkina Faso, Niger, Japan, New York, South Africa, Russia, and the UK.

From January to December 2018, the President spent 87 days in 11 countries, including three trips to the UK for a total of 29 days on working visits.

In 2017, Buhari visited the UK thrice for at least 154 days in total. Throughout that year, he also paid visits to Ghana, The Gambia, the US, Turkey, Côte d’Ivoire, and Jordan.

The President, in 2016, went on year-round trips to Benin Republic, the UAE, Kenya, Ethiopia, France, Egypt, Saudi Arabia, Qatar, Equatorial Guinea, the US, China, Chad, Germany, Morocco, Senegal and The Gambia. His itinerary also included his first medical vacation to the UK, where he spent 14 days in June 2016.

Days after his inauguration in 2015, Buhari took medical trips to Niger and Chad. This was followed by trips to Germany, South Africa, the US, Cameroon, Benin Republic, Ghana, France, India, Sudan, Iran, and Malta.

Executive Director, Centre for Anti-Corruption and Open Leadership, Mr Debo Adeniran, argued that Buhari could be deserving of commendation for taking heed amid the public outcry over his hitherto frequent foreign trips.

Adeniran, however, urged the President to return the remaining funds from the appropriation for his foreign trips in 2020.

He said, “It is since the days of (the late President Umaru) Yar’Adua that the policy has been in place that any unspent budget should be returned to the national coffers. It is a good thing that Buhari no longer falls sick the way he used to, or is having to do check-ups outside Nigeria, COVID-19 or no COVID-19.”

Similarly, a former National President of the Committee for the Defence of Human Rights, Mr Malachy Ugwummadu, told Sunday PUNCH that all appropriated funds must be accounted for and could be funnelled into other initiatives aimed at boosting the economy of the country.

“All of these budgetary appropriations and allocations will need to be accounted for. If the billions are not utilised for the purpose for which they were appropriated, in the interest of transparency and accountability, it would be great for the money to be returned or, if you like, channelled into very numerous areas of want, including job creation or even the 1,000-youth job opportunity under the Ministry of Labour and Employment,” he said.

Also, the Peoples Democratic Party asked Buhari to disclose to Nigerians the amount of unspent funds for travelling and return them to the federal purse, adding that the President must tell Nigerians what the country has gained from his stay at home over the past eight months without an official trip outside the country.

National Chairman of the party, Prince Uche Secondus, in an interview with our correspondent, said even without engaging in domestic travels, Nigerians “are not gaining anything from the President.”

Armenia PM to resign ahead of snap election