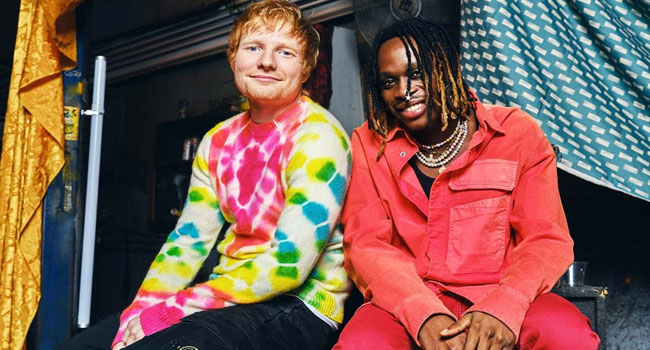 The Peruvian Government has reacted to the latest remix of ‘Peru’ Fireboy DML’s hit track.

The remix which features Grammy award winner Ed Sheeran currently has over 7million views, four days after the video was released on Youtube.

The Peruvian government in a reaction through its official Twitter handle insinuated that Fireboy may have gotten his inspiration for the smash hit track from the country’s name.

“PERU PARA, PERU PERU PARA!!! Seems like @edsheeran and @fireboydml were inspired by our country to launch their newest hit?”

Have you already listened to it? It’s called “Peru” and sounds really catchy!

YBNL act Fireboy DML is on the elite long list of Nigerians to hit 100 million streams on music platforms.

The track is currently top six among the UK Apple chart surpassing the legendary Christmas anthem ‘All I Want for Christmas’ by Mariah Carey among other hits.