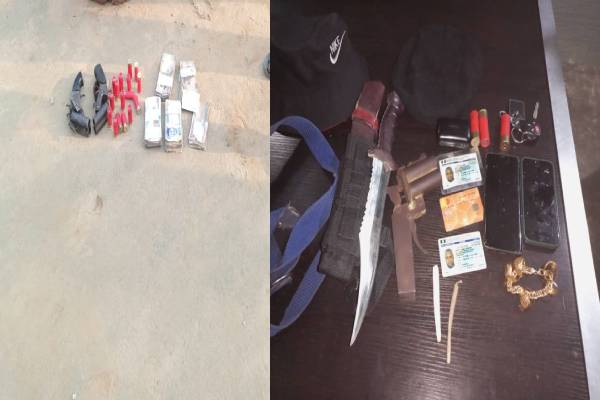 The police in Delta have arrested a suspected kidnapper who alongside two others, who are now on the run abducted a Benin based pastor in Oghara, Ethiope west Local Government Area of the state.

According to the Public Relations Officer, Delta state police command, Edafe Bright, part of the ransom paid, vehicle of the victim, double barrel piston, ten cartridges and a laptop were recovered as a serious manhunt  was ongoing for the fleeing two suspected kidnappers.

In Asaba, the state capital the police also arrested one suspected internet fraudster and his accomplice and recovered one locally made double barrel pistol, three live cartridges, one jack knife and two wraps of substances suspected to be Indian hemp.