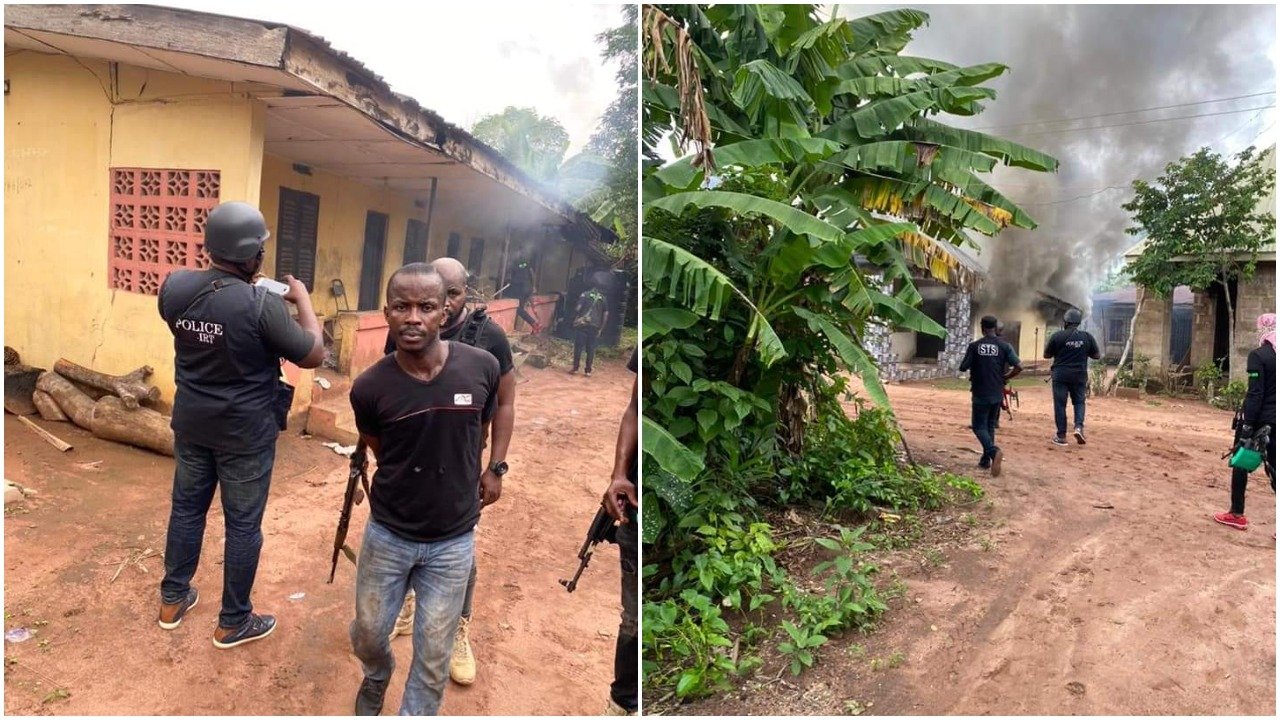 The operation was carried out on Tuesday by the Inspector General of Police Intelligence Response Team led by DCP Abba Kyari and other security forces.

A policewoman who was allegedly kidnapped and held captive was also freed during the operation.

ESN is a security outfit established by Mazi Nnamdi Kanu, a leader of the Indigenous People of Biafra, IPOB.

Recall that the security outfit had been accused of attacking security operatives and formations in the Southeast.

However, the IPOB leader had insisted that ESN was established to fight insecurity in the region.