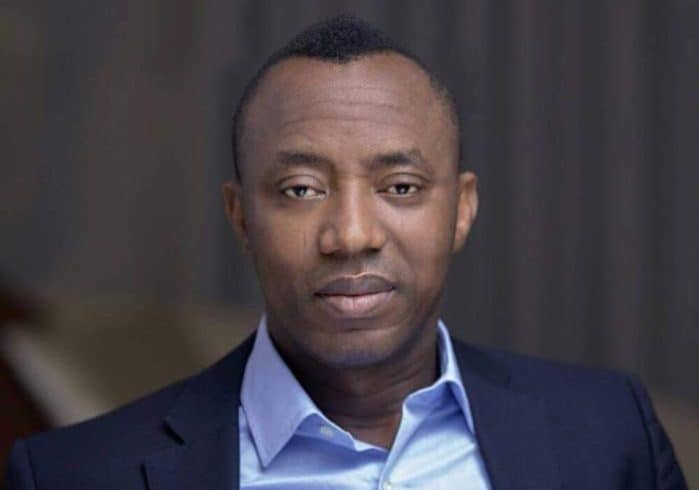 The Nigeria Police Force has refused to release Sahara Reporters Publisher, Omoyele Sowore, and has locked him in a cell along with robbery suspects.

Sowore and about 10 others were arrested by the Federal Capital Territory command on Friday night for holding a procession tagged, ‘Crossover Protest’.

Pictures on social media indicate that the activist was injured in the face as his shirt was also stained with blood.

It was learnt that Sowore’s lawyer, Mr. Femi Falana (SAN), sent a representative to the detention facility infamously known as ‘Abattoir’ located in the Lokogoma area of the FCT and used by the defunct Special Anti-Robbery Squad.

It was learnt that when Falana’s representative attempted to get the protesters out, they were informed that only the Inspector-General of Police, Mohammed Adamu, could order Sowore’s release and the IG was not available due to the holidays.

Incidentally, the IGP is currently and Sowore are on the verge of a legal battle over an alleged defamation.

The police may be charging Sowore and others with flouting the COVID-19 protocols by embarking on a protest.

Confirming the development to our correspondent on the telephone, Falana said attempts to get his client and others out had proved abortive.

The senior advocate said his client had been locked up in SARS cells along with armed robbery suspects.

He, however, said Sowore could not be charged with breaching COVID-19 protocols because the protest took place before the 12pm curfew.

The human rights lawyer said, “We have tried to get him out but we were told that the IG cannot be reached and only he can give approval. Sowore was beaten up and he had to be treated by a doctor.”

The Force Public Relations Officer, Frank Mba, as well as the police spokesperson for the FCT command, Mariam Yusuf, did not respond to calls on Saturday.