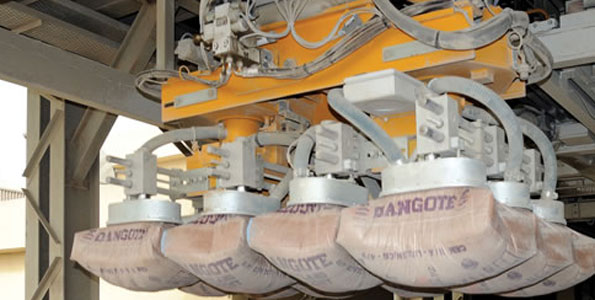 Dangote Cement Plc has stepped up its expansion programme in response to the recent developments in the cement market in Nigeria. The development has also forced the dominant player in the market to consider halting its export programme.

Listing the measures Dangote has taken in response to the situation Umar stated that the group has invested in a new line that has been completed in our Obajana plant, adding that the line is waiting for the power plant for us to start to bring out the cement.

Umar also disclosed that the group has completed a new line now in our plant at Opela in Edo state, that will start operation soon, adding that one of their plant in Gboko, former Benue cement which has not been in operation for some years now has been opened in a bid to increase production.

Responding to the allegation that cement producers are complicit in the retail price increases, Umar stated that what drives the price is forces of demand and supply and that high demand against low supply was what increased the prices of cement, Stressing that the only way to deal with that is to make sure that we have adequate supply capacity because if you do not produce enough no matter what you do, there will be a break in the supply chain and that will always create some opportunity for arbitraging.

In addition to the supply side measures, Umar also disclosed that the company is intervening in the transportation and distribution logistics to starve off possible cost sleeping into the pricing issue.

Consequently, he said Dangote is injecting 2000 units of new trucks with some of them ordered from local truck manufacturers, the Anambra Motor Manufacturing Company, ANAMCO, in Enugu.