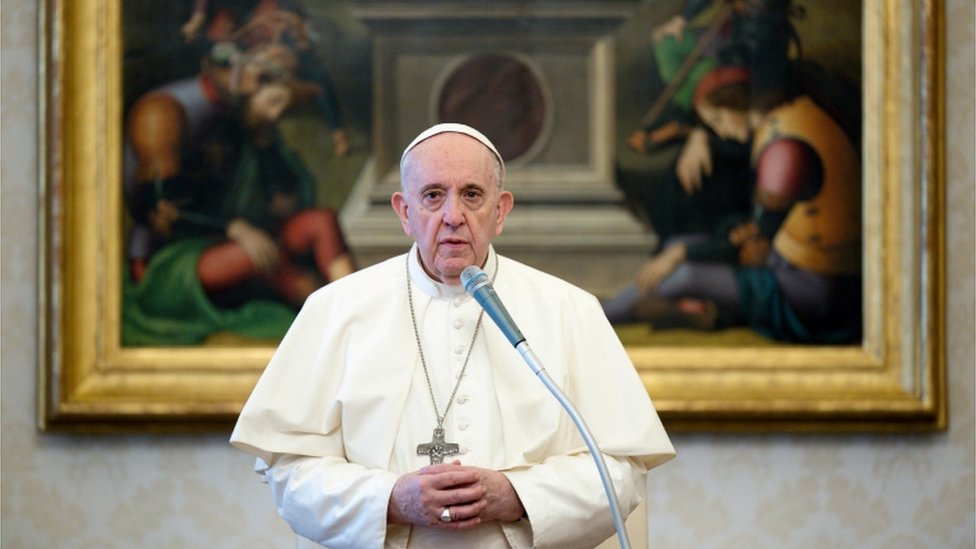 Pope Francis has called opposition to the coronavirus vaccine “suicidal denial” urging people to get the jab and saying he would get vaccinated himself next week.

“Next week, we will start to do it here (in the Vatican) and I made an appointment, we must do it,” he told Canale 5 in segments released on Saturday from an interview set to be broadcast the next day.

“There is a suicidal denial which I cannot explain, but today we have to get vaccinated,” the pontiff said.

The Vatican had announced that its Covid-19 vaccination campaign will begin “in the next few days” with health workers and the elderly to receive vaccines from the second half of January.

“It is foreseeable that the vaccines could arrive in the State in the second week of January, in a sufficient quantity to cover the needs of the Holy See and the Vatican City State,” it said.

The Vatican has purchased a low-temperature refrigerator for storing the vaccine, with inoculations to start in the second half of January, it said.

Priority would be given to “health and public safety personnel, the elderly and personnel most frequently in contact with the public.”