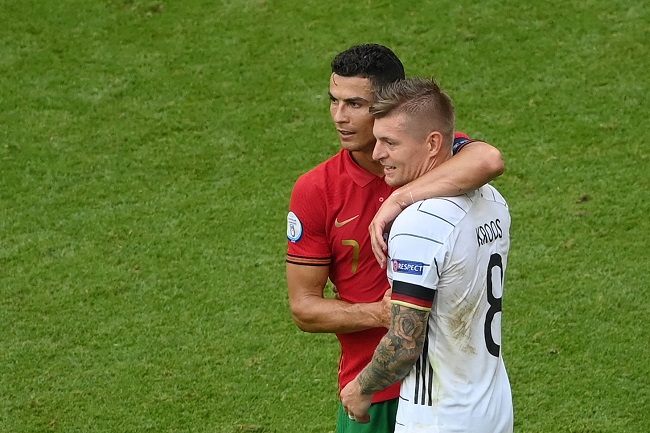 Cristiano Ronaldo equalled the all-time international goalscoring record with two penalties in a 2-2 draw with France in Budapest as Portugal and Germany reached the Euro 2020 last 16 on Wednesday.

France, who had already qualified, finished top of Group F above Germany following their 2-2 draw against Hungary in Munich, setting up a showdown against England at Wembley for Joachim Loew’s side.

Reigning champions Portugal go through as one of the four best third-placed teams and will next face Belgium, while France take on neighbours Switzerland.