HomePOLITICSPrioritize anti-corruption, accountability ahead of the 2023 elections – BOCODEP charges journalists

Prioritize anti-corruption, accountability ahead of the 2023 elections – BOCODEP charges journalists 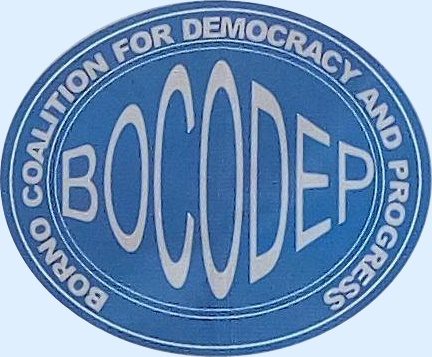 The Executive Director of BOCODEP, Dr. Abubakar Muazu has charged Nigerians on prioritizing anti-corruption and accountability ahead of the 2023 elections, particularly in Borno State.

Dr. Muazu stated this during a workshop on Friday in Maiduguri, the Borno State capital.

He said the Maiduguri based organization, was founded in 1993 with the sole aim of working for good governance, peacebuilding, human rights, and media development.

Represented by the Administration Head of BOCODEP, Malam Mohammed Wuyo said the organization deemed it fit to organize such a workshop for media practitioners to brainstorm on the needs, measures and strategic frameworks on how to effectively and professionally train journalists in handling elections matters.

He also said the workshop will help journalists understand elections processes as well ensure transparency and accountability in the electoral system as part of the social responsibility and watchdog role of the mass media to the society.

He further explained that as the 2023 general elections are approaching, it became necessary to train the media practitioners with a view to sensitize both the public and politicians to be responsible and fulfill their electioneering campaign promises to the people.

“This will be achieved by way of making them accountable and responsible to the electorate and the society at large,” he said.

A facilitator at the workshop, Dr. Musa Usman Konduga of The Department of Mass Communication, University of Maiduguri, educated the journalists on the Mass Media Changing Roles and Responsibility and Mass Media and Political Awareness Issues in Nigeria. An Overview of Mass Media and the Coverage of Corruption and Good Governance as well as Looking Ahead: The 2023 Elections and the Media among others were discussed at the workshop.

Other areas on how the mass media can influence changes by playing its role in the society effectively without fear and professionally as provided by the law and constitution was also considered as part of the workshop.

Participants were drawn from both the print, broadcast and online media practitioners based in Maiduguri, Borno State.

Why I will receive COVID-19 vaccine –Adeboye