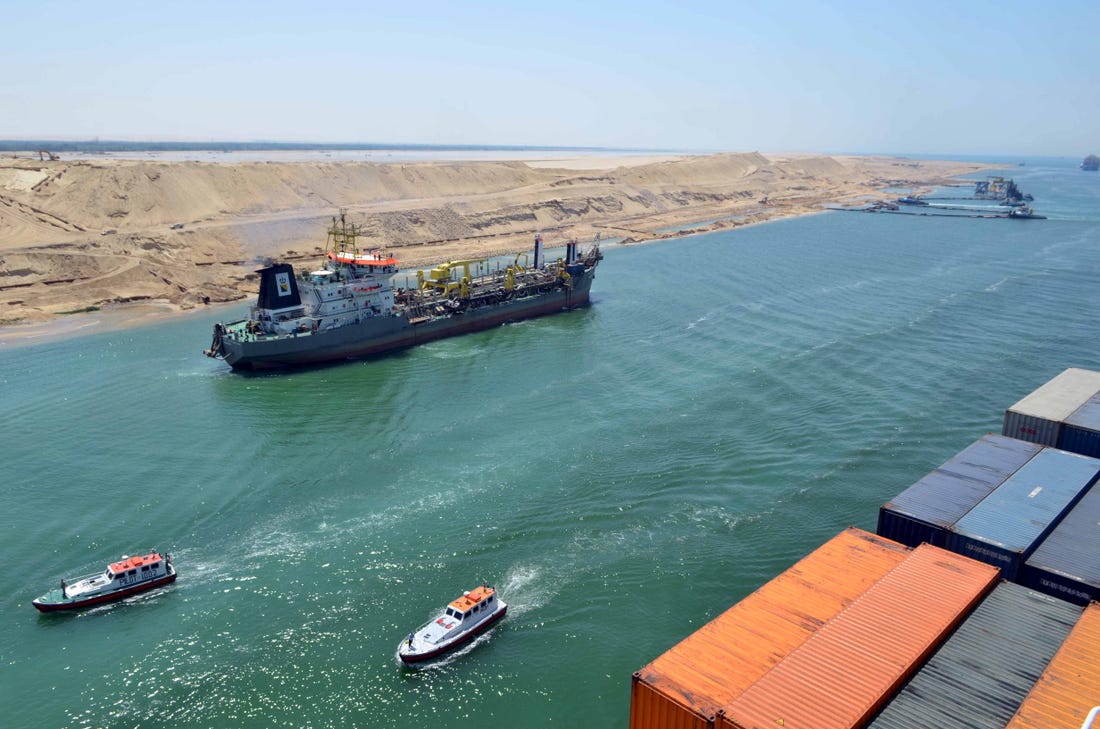 The Ever Given, a mega-container ship stranded in Egypt’s Suez Canal, has been partially refloated and freed, earlier than the timeline projected by experts.

Egypt’s Suez Canal is one of the world’s busiest shipping channels for oil and refined fuels, grain and other trade between Asia and Europe.

The mega-container ship got stuck in the canal on Tuesday, blocking an estimated $9.6 billion (N3.93 trillion) worth of goods per day.

The 200,000-tonne ship is the length of four football pitches with the capacity of carrying 20,000 containers.

Tracking data by Lloyd List, a shipping expert, had shown that there are more than 160 vessels waiting at either end of the canal, including 41 bulk carriers and 24 crude tankers.

“The container ship began to float successfully after responding to the pulling maneuvers,” CNN quoted Osama Rabie, head of the Suez Canal Authority (SCA), to have said.

“Once the ship is withdrawn, we will resume navigation directly, and we will take it to the Bitter Lakes.”

Traffic is expected to resume once the ship is moved to a waiting area.

According to data from the US Energy Information Administration, almost 10 percent of total seaborne oil trade and eight percent of global LNG trade pass through the Suez Canal.

Nigeria was not listed as one of the countries that export crude oil or receive petroleum products through the waterway.

The cryptocurrency market has grown exponentially in