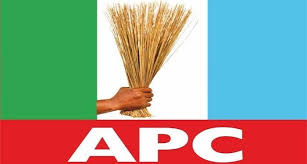 The crisis rocking the Rivers State chapter of the All Progressives Congress has taken a fresh twist as the Isaac Ogbubula-led Caretaker Committee of the APC in the state suspended two chieftains of the party, Senator Magnus Abe; and Rt. Hon. Igo Aguma.

Ogbubula whose faction is loyal to Minister of Transportation, Rotimi Amaechi, announced the suspension at a media briefing on Saturday, saying the decision to suspend the two chieftains was taken at a meeting of the committee today.

Also suspended was former Attorney General and Commissioner for Justice, Wogu Booms as well as Livingstone Nweche, who is the media adviser to Aguma.

Ogbubula said the state committee has recommended their expulsion from the party.