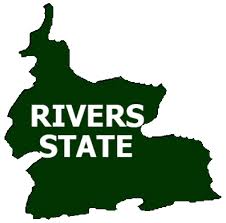 Hundreds of Port Harcourt Electricity Distribution Company customers who are mainly lawyers, on Thursday, stormed the Port Harcourt office of the company to express their displeasure over what they described as “exorbitant estimated bills” adding that they have also sent a petition to the Rivers state House of Assembly seeking their intervention in record time.

The angry electricity customers threatened to embark on a protest if the lawmakers failed to call officials of the electricity distribution company to order and address their plight.

One of the protesters who only gave his name as Mark said despite the epileptic power supply they get in each month, they receive huge bills.

He said, “Imagine a flat would be paying bills of N32,000 to N37,000 even in the absence of copious electrical appliances.

“You can imagine power would be supplied for less than 30 minutes and it would be seized. We don’t even have any access to them to make our complaints. At the end of the month, exorbitant bills are given to us.”

Another angry customer said even when there is an electrical fault, the distribution company continues to send bills to them, adding that her letter of complaint was not replied to.

“PHED officials just distribute bills without reading the metres, sometimes there won’t be light when our fuse is unplugged, yet they are still bringing bills, I have written to them, but till date, they have not responded to my letter.

“Because soon we’ll hit the streets and have a nationwide protest especially in Rivers state.”

Efforts to get the response of the PHED’s acting Manager, Corporate Communications, Chioma Aninwe, proved abortive, as she did not respond to calls and a text message sent to her phone.