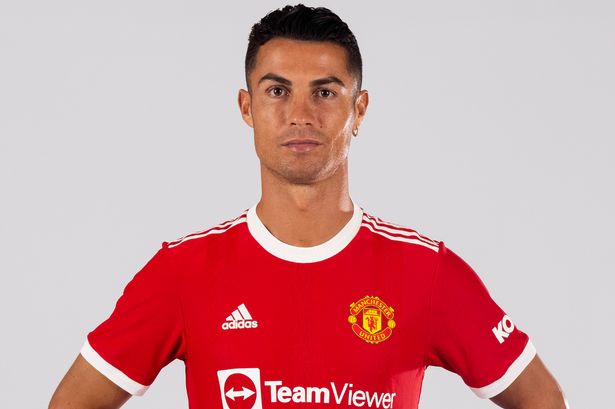 Cristiano Ronaldo will make an eagerly anticipated second debut for Manchester United on Saturday while Arsenal aims to get themselves off the foot of the Premier League table.

Ronaldo made his name as a global star in six trophy-filled years with United between 2003-2009 before leaving for Real Madrid in a then world record move.

The Portuguese superstar returns to Manchester as a 36-year-old with five Ballon d’Or crowns and five Champions League titles to his name, but still with an unquenchable thirst for goals.

After winning the Golden Boot at Euro 2020 and in Serie A for Juventus last season, Ronaldo set another personal record by becoming the top goalscorer in the history of international football last week.

However, United, who host Newcastle on Saturday, are no longer the all-conquering side he left under Alex Ferguson.

Since Ferguson’s retirement in 2013, the Red Devils have failed to seriously challenge for the Premier League title.

But Ronaldo’s international and now club teammate Bruno Fernandes believes the whole squad will be inspired by playing alongside one of the best players of all time.

“We know the enthusiasm will be red hot,” said Fernandes. “Everyone knows Cristiano is in the house.

“Everyone is very confident and happy that he is back, the players too.

“We know what he can give us, and our focus, like Cristiano’s, is to win. With him, we know we are closer to winning (trophies).”

After a promising start, with seven points from their opening three games, United are in a bunch of five sides, two points behind leaders Tottenham.

United are one of five Premier League clubs set to be affected by a ban for Brazilian internationals, who were not released to play for their country due to strict coronavirus rules.

Premier League clubs announced they would not release players for internationals in countries on the UK’s red list for travel, which would have meant players having to spend 10 days quarantine in a government-mandated hotel on their return.

The Brazilian football association (CBF) said it had asked global governing body FIFA to invoke regulations that bar players for five days after an international break if they are not released by their clubs.

Liverpool and Manchester City are more badly affected, with their first-choice goalkeepers likely to be absent.

Alisson Becker, Fabinho and Roberto Firmino are set to miss the Reds’ trip to Leeds, who themselves will be without Raphinha.

City may be forced into handing a start to 36-year-old third-choice ‘keeper Scott Carson if Ederson is banned, with Zack Steffen also absent after testing positive for coronavirus.

Arsenal find themselves in a bottom-of-the-table clash against newly-promoted Norwich at the Emirates after the Gunners’ worst start to a league season for 67 years.

Mikel Arteta’s position as manager is under increasing threat, with the Spaniard reportedly given four more Premier League games to save his job.

The visit of the Canaries should be just what Arteta’s men need to get their season back on course after a difficult start.

Arsenal have faced defending champions City and Champions League winners Chelsea in their opening three games and have also been hit by a coronavirus outbreak and injuries to key players.

“Let’s judge the team when they play together,” said Arsenal’s technical director Edu this week.

With all of Arteta’s six new signings at a cost of £150 million ($207 million) now available and the return of Thomas Partey from injury, the time for excuses in running out.

Our Commitment To Nigeria’s Unity, Peace Is Irrevocable – Uzodinma