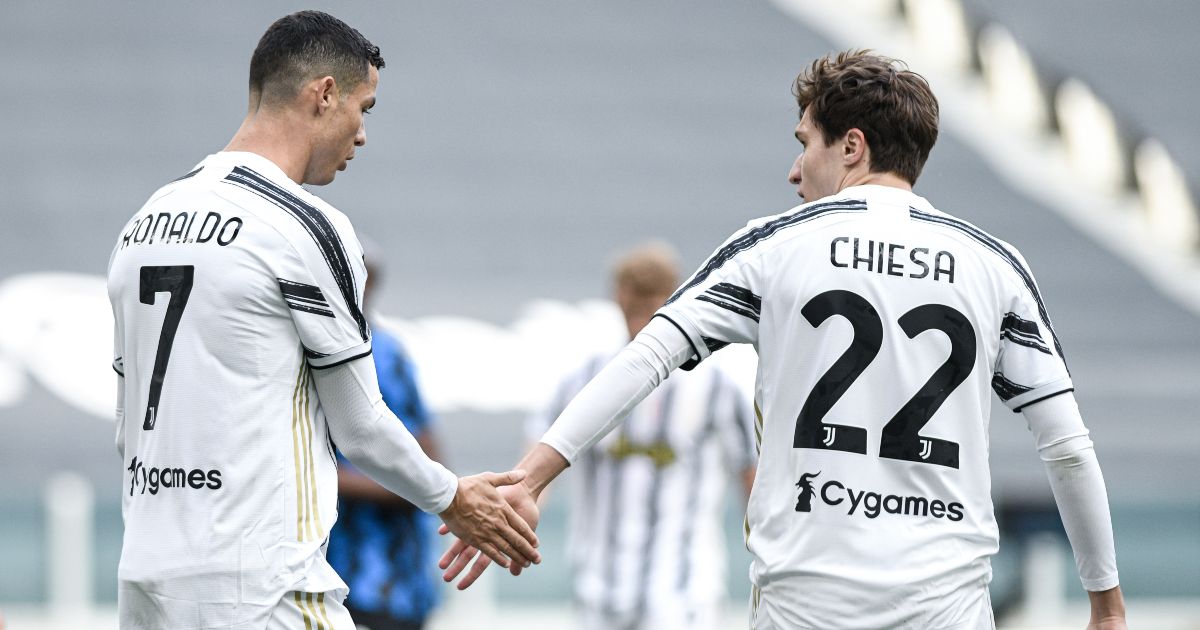 Cristiano Ronaldo is keen to see Manchester United push the boat out and sign Juventus winger Federico Chiesa, according to reports in Italy.

The Red Devils have had a mixed start to the new Premier League season with Ole Gunnar Solskjaer already coming under huge pressure.

Just two wins in their last six matches in all competitions hasn’t impressed fans after the club brought Raphael Varane, Ronaldo and Jadon Sancho to the club in the summer transfer window.

Ronaldo has scored five goals in his first six matches for the Red Devils after joining from Juventus for an initial £13.5million with the fee likely to rise.

And now the 36-year-old wants to see United bring in some more creativity as former Juventus team-mate Chiesa is linked to Old Trafford.

And agent Ivan Reggiani, who appeared as a guest on the website, claims that a pursuit from Man Utd for Chiesa would be “heavily supported” by Ronaldo.

“I think there are very serious and important foreign pressures on him. Appreciated across the Channel [in England], he is heavily supported by Cristiano Ronaldo,” Reggiani said.

Jordan said: “If you’ve got a manager who is being superseded by a player, the manager needs to be the biggest personality, the biggest image in people’s minds.