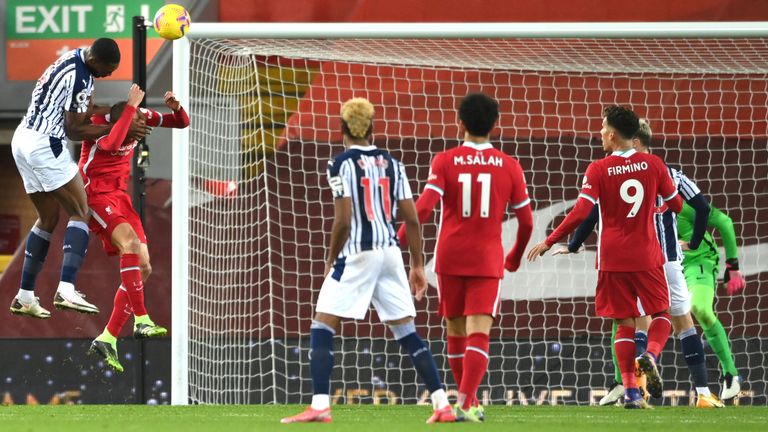 Ajayi scored a late equalizer to cancel out Sadio Mane’s first-half opener as Liverpool failed to open up a five-point lead at the top.

Liverpool also suffered another injury concern when Joel Matip limped off with a groin injury in the second half.

Liverpool dominated possession from the first minute and opened the scoring after 12 minutes when Matip clipped the ball into Mane who chested it down and rifled a shot past West Brom goalkeeper Sam Johnstone.

West Brom grabbed their equalizer after 82 minutes when Ajayi headed in from Matheus Pereira’s cross.

Ronaldo beats Messi to Player of the Century