HomeNEWSSeriake Dickson, others take oath of allegiance as members of 9th Senate

Seriake Dickson, others take oath of allegiance as members of 9th Senate 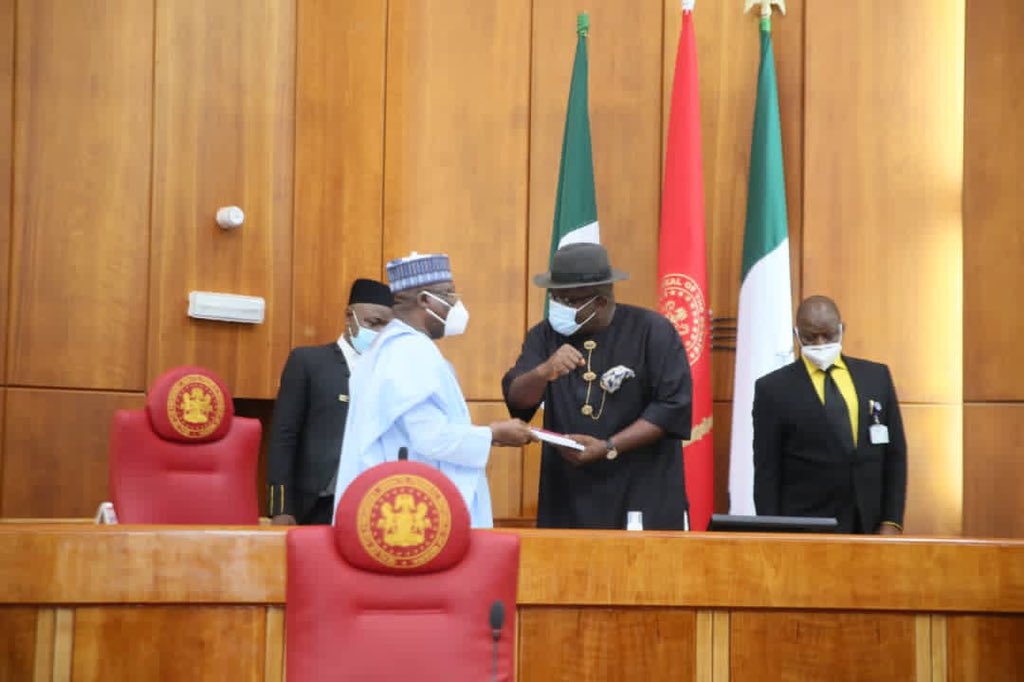 The Senate has administrated the oath of allegiance on four new senators as members of 9th Senate, following their victory at the Dec 5 bye-election conducted by Independent National Electoral Commission (INEC).

President of the Senate Ahmed Lawan, in his remarks, said that the 9th Senate since inauguration has worked for Nigerians, and would continue to work for Nigerians.
He said the activities of Senate have been conducted in a by partisan manner, noting that the Senate has done fairly well.