HomeNEWSSeven Enugu youths head to US for scholarship studies

Seven Enugu youths head to US for scholarship studies 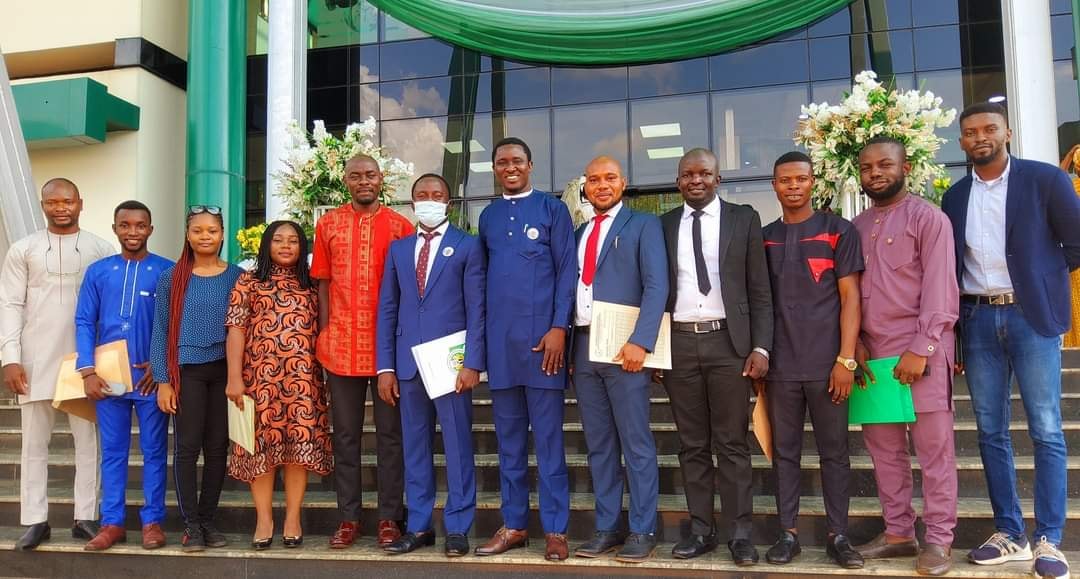 NEWS
Following the recent mentorship programme unveiled by the administration of Governor Ifeanyi #Ugwuanyi of #Enugu State through the State Scholarship and Education Loans Board (ESSELB), admissions and scholarships have been secured with full funding for seven youths of the state into some of the best universities in the United States of America (USA).
Presenting the beneficiaries to Gov. Ugwuanyi at the Government House, Enugu, Dr. Kelechi Ugwuanyi, on behalf of the Council of Mentors, Enugu State Scholarship and Education Loans Board, disclosed that the seven successful candidates in the pilot work are scheduled to commence their studies in the United States of America in August 2021.
Dr. Ugwuanyi explained that three candidates, Nnamdi Christian Okey, Raphael O. Ogbodo and Uchechukwu Grace Akporere (Nee Ugboka) secured admissions and scholarships to study at the University of Iowa, USA for five years while the remaining four candidates, Chinwieke Cosmas Eze, Amarachukwu P. Onoh, Obinna H. Ozioko and Bonaventure Odeke, also got admissions and scholarships to study at North Carolina State University, University of Buffalo, Portland State University and University of Utah, respectively, also for a period of five years.
He revealed that the worth of the seven scholarships in naira is N616,461,750, noting that “this would save the state a huge amount of money while promoting her image nationally and internationally”.
Dr. Ugwuanyi pointed out that in line with the terms of the ESSELB mentorship programme, the state government is expected to take care of the students’ logistics such as applications and travel expenses.
The Council therefore appreciated Gov. Ugwuanyi for the mentorship programme, stressing that “our intention is to raise a group of youths that will take over the leadership of the state in the next twenty years”.
In their separate remarks, the visibly elated beneficiaries thanked Gov. Ugwuanyi for his administration’s good works and commitment to innovation and human capital development, stating that God used the governor and the Mentors to assist them to further their dreams.
The Mentees said they were seeking the scholarships the wrong way until they were guided successfully by the Mentors.
One of the Mentees, Nnamdi Christian Okey, observed that “through this robust mentorship programme of the Enugu State Scholarship Board, I was able to secure admission to go to top ranking university in US. I will also serve as Mentor to people who are coming after us.
“We would like to thank you, Your Excellency for the opportunity you have given us, and the Mentors who took their time to direct us to achieve this aim”.
In his brief response, Gov. Ugwuanyi thanked God for the feat and expressed his administration’s support and confidence in the mentorship programme and repositioning agenda of the new leadership of the ESSELB, led by Barr. Uche Levis Abonyi.
The governor also appreciated the Council of Mentors for their steadfastness to the vision of his administration in the area of youth empowerment innovation, saying that “Our Mentors are the best”.
He congratulated the seven successful candidates and urged them to do Enugu State proud and make themselves available to change their lives, families and the society, positively.
Share this story