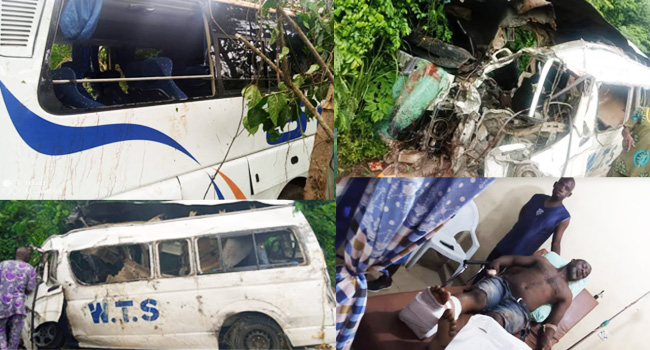 Seven persons have died in a road accident in Ekiti State.

The Police Public Relations Officer in the state, Sunday Abutu, who confirmed the incident, said that a coaster bus had collided with a hummer bus along the Ilumoba Ekiti axis killing the hummer bus driver and six others.

According to the PPRO, a team of Police Traffic Personnel and some men of the Federal Road Safety Corps were immediately mobilised to the scene to rescue the survivors who are now receiving treatment at the Ekiti State University Teaching Hospital.