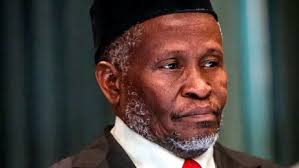 The Chief Justice of Nigeria, Justice Tanko Muhammad, has implored newly appointed judges of High Courts and Kadis of Sharia Courts, to shun all forms of gratification in the discharge of their legal duties.

The CJN, who gave the charge on Monday in Abuja, also admonished the judges to be proactive and device personal means to curb what he described as persistent delay in the administration of justice.

Justice Muhammad made the call while declaring open, the 2020 Virtual Induction Course for newly appointed judges and Kadis organized by the National Judicial Institute.

He noted that delay in the administration of justice is the major bane of the nation’s judiciary.

“My lords, ladies and gentlemen, it is no longer news that much of the criticisms leveled against the justice delivery system in Nigeria are about delays in the administration of justice, biased and wrong application of laws.

“These acts are often not to the delight of litigants and court users as they often frown at the way services are rendered.

“As such, a better understanding of the current trends in justice administration will help you appraise and curb the waste of judicial time and resources; thereby ensuring justice delivery is efficient and proactive.

“Accordingly, while discharging your duties it is important to note that all forms of gratification must not be associated with you.

“You must not be found wanting. Transparency, honesty, and accountability must remain your watchwords; I urge you, therefore, to eschew corruption in the discharge of your duties,” the CJN said.

The CJN further advised them to endeavor to obtain a good understanding of their operating environment, so as to avoid possible pitfalls and challenges when deciding on matters brought before them.

On her part, the Administrator of the NJI, Justice Rosaline Bozimo (retd.), said the course themed “Inculcating Judicial Excellence in the Newly Appointed Judicial Officers” was aimed at adequately equipping the new judges for the challenges on the higher bench.