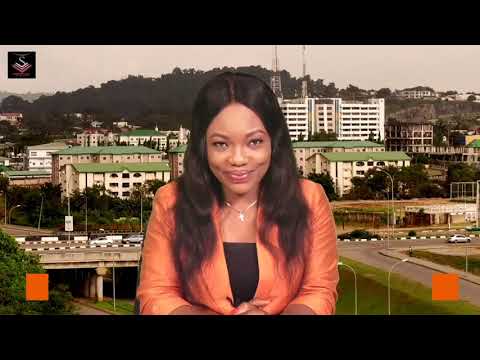 Stakeholders of rural areas of Enugu State, say Corruption remains the greatest obstacle to Nigeria’s development and if not confronted by all Nigerians, will destroy the country.

The stakeholders stated this at a one-day Corruption Tori Town Hall meeting on corruption held in the state on Wednesday.

2nd Niger Bridge, Lagos-Ibadan Expressway to be completed before 2023 —Buhari

The President, Muhammadu Buhari has said the 11.9km Second Niger Bridge and the 120 km Lagos-Ibadan Expressway would  be completed before his regime ends in 2023.

The President gave the assurance at the opening of a two-day Mid-Term Ministerial Performance Review Retreat organized to assess progress made towards the achievement of the nine key priorities of his regime.

Buhari also assured that other key projects under the Presidential Infrastructure Development Fund would  be completed in the same period.

At the event, Buhari highlighted some of the notable achievements of the Federal Government in the last two years, mostly in areas of infrastructure, transportation, economy, electricity supply, the petroleum industry, among others.

According to him, other two projects that would be completed within the period were 375 km Abuja – Kaduna – Zaria – Kano Expressway and the East-West Road.

In his reaction to agitations that the South East should be allowed to produce the party’s 2023 presidential candidate, the governor told journalists on Sunday that it was right and proper for his party to zone the presidency to the South after President Muhammad Buhari would have completed his two terms of eight years in the spirit of equity and justice.

He, however, reiterated that it would be left to the three southern zones to go to the negotiation table to micro-zone it to the particular region that has never produced the president.

The governor also said the current faceoff between the leader of the Indigenous Peoples of Biafran (IPOB), Nnamdi Kanu and the Federal Government could be resolved on the negotiation table to pave the way for peace and justice.

Minister of Information and Culture, Alhaji Lai Mohammed, has expressed optimism that Nigeria would emerge from its challenges stronger.

Speaking at a forum organized by News Agency Of Nigeria in Abuja on Sunday, the minister charged every Nigerian to take ownership of the country and ensure it is not plunged into war.

He said Nigerians should resist the temptation by some selfish elites campaigning that Nigeria was better divided.

The Minister described allegation that the Federal Government is pampering bandits and being hard on self-determination groups such as the proscribed Indigenous People of Biafra (IPOB) as a misconception and fake news rolled into one.

He further said that government was winning the war against insurgency in the North East, adding that the military has heightened assaults and attacks against insurgents which have enabled it to reclaim more territories.

Its data indicated that the black gold gained Two Point One-One dollars Per barrel. This was a Two Point Five -Six Percent rise.

The surge followed a rise in demand for energy that resulted from rebound activities in the face of the refusal of the Organsation of Petroleum Exporting Countries (OPEC) to increase supply.

The data showed that oil prices rose more than 2% on Monday, extending gains as an energy crisis gripping major economies shows no sign of easing amid a pickup in economic activity and restrained supplies from major producers.

Brent crude was up by one point seven dollars, a two point one percent increase , closing at  Eighty-Four Point Zero-Nine Per  Barrel which was the highest since October 2018.

The African Union says it will extend and expand its military operations against Al-Qaeda-linked Islamists in Somalia to include other member states, as its current mandate nears an end on December 31.

According to African Union Mission in Somalia (AMISOM) on Sunday, the AU’s Peace and Security Council had agreed to shift to a joint mission with the UN that would enable “other willing and interested AU Member States” to join operations against the Islamists.

The plan will need to be endorsed by the UN Security Council and the government in Mogadishu.

The AU expressed “grave concern at the worsening security situation in Somalia,” where there had been a “worrying resurgence” of Al-Shabaab activities.

Sunday’s AU statement asked the UN Security Council “to consider a technical roll-over of the AMISOM mandate, while discussions continue on the details and modalities for transition towards the post-2021 arrangement.”

American actor, Granville Adams, popularly known as the lead character Zahir Arif in the prison series, Oz, has died at the age of 58 after battling cancer.

In a statement by his family via his Instagram page, the actor died with his wife, Christina, by his side.

Though the family statement was posted on Monday, some colleagues of the late actor had sent tributes since Sunday, announcing the actor’s demise.

The producer of the Oz series, Tom Fontana, took to his Instagram page on Sunday to share a picture of Adama, with the caption, “Goodnight, sweet prince/and flights of angels sing thee to they rest.”

Before his  demise, the actor first announced his cancer battle in December 2020 via an Instagram post, where he shared a picture of himself in the hospital.

The Super Eagles avenged their shocking 1-0 loss to Central African Republic in the 2022 World Cup qualifying game at the Teslim Balogun Stadium, Lagos, by claiming a 2-0 victory in the reverse fixture in Douala, Cameroon on Sunday.

Karl Namnganda silenced Lagos fans on Thursday, finding the back of the net in the first minute of injury time after a mistake by Leon Balogun to hand Nigeria their first home defeat in a World Cup qualifying game in 40 years.

Balogun, however, turned from villain to hero, scoring the Eagles first goal on Sunday which was played at Japoma Stadium in Douala.

The Glasgow Rangers defender, found the back of the net just before the hour mark, latching unto a long pass to give the Eagles the lead after a cagey start to the game.

The Eagles’ continuous domination after their first goal paid off in the first half regulation time, as Napoli striker Victor Osimehn doubled the lead from close range, connecting with William Troost-Ekong’s cross.

The goal was Osimhen’s eighth for Nigeria in 16 international appearances.