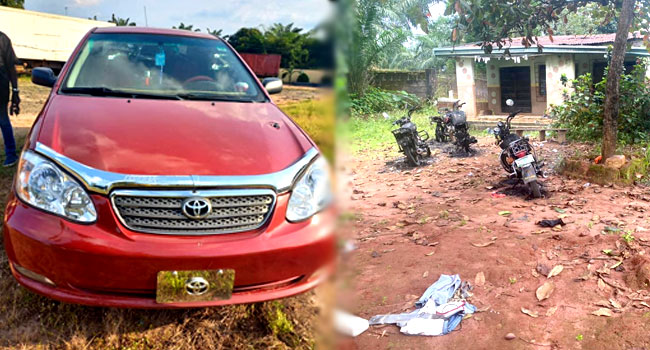 A group of armed men on Tuesday thwarted the scheduled campaign of the All Progressives Grand Alliance (APGA) in Ihiala Local Government Area of Anambra State.

Although no group has claimed responsibility for the attack, the gunmen were repelled by security operatives already present at the scene of the incident.

The Police Public Relations Officer in Anambra, Tochukwu Ikenga, confirmed the incident in a statement.

Ahead of the governorship election to be conducted by the Independent National Electoral Commission (INEC) on November 6, the party’s campaign train was billed to hit Ihiala, but that was unsuccessful.

The assailants were said to have stormed the area in the morning, shooting sporadically in an attempt to make their way into Odoata Central School – the venue of the rally.

Shortly after their arrival, they were engaged by a joint team of security operatives – comprising soldiers and policemen – drafted to the venue to prevent any form of breakdown of law and order.

The Commissioner for Information in Anambra, Cdon Adinuba, who also confirmed the incident, disclosed that a soldier was killed during the shootout.

He faulted the reports the convoy of the state governor, Willie Obiano, was attacked by the assailants, stressing that the security operatives repelled the attack.

Adinuba said that the armed men, who came on some motorcycles vehicles, were forced to flee the scene as a result of the superior firepower of the security operatives.

According to him, they later ran into the large premises of a hospital located directly opposite the campaign ground.

Ikenga, on his part, stated that no casualty was recorded by the police.

“Preliminary investigations revealed that the hoodlums started shooting sporadically while arriving at Odata Central School, but they were successfully repelled by police operatives and military personnel on ground,” he said in a statement.

Some of the items recovered by the security operatives include an AK-47 rifle, 30 rounds of ammunition, two magazines, and four vehicles.

The command’s spokesman said normalcy has returned to the area and asked residents to report people with gunshot wounds as soon as possible.

The Federal Government on Friday revealed an