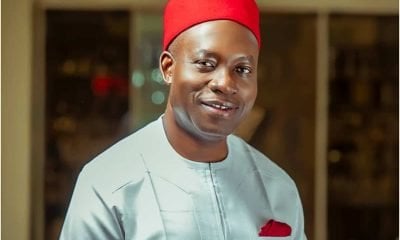 The Anambra State governor-elect, Prof Chukwuma Soludo, has pledged to ensure the vibrancy of the local industry in order to boost the economy of the state.

Soludo made this pledge on Wednesday during his interaction with the members of his transition committee, while disclosing his intention to use Innoson Vehicle Motors as his official vehicle as part of his vision.

The former Governor of the Central Bank Governor, who adorned an Akwete outfit at the meeting, stated that it was an intentional statement, in order to give a boost to the local textile industry.

He said, “My Akwete dress is not just a dress, it’s a statement. I want to make a statement with it. You know, in the entire South-East, this is the only textile thing alive, and it’s handmade, by the women of Akwaete in Abia State.

“Igbo land is one and we must protect it. We want to bring back the zeal of patronizing our own. I have said it even during campaigns, and I meant it, that if I win, the official car of the governor of Anambra State will be Innoson motors.

Soludo further revealed that his swearing-in ceremony would go ahead without the attendant fanfare which characterises such occasion, in order to minimise expenditure.

“I have made a wish that not even one Kobo of Anambra people’s money will be spent on that swearing-in ceremony. It is a wish, and I mean it. What are we spending money on? Just a few people coming to the inauguration and witnessing it, then I will open office and get down to work immediately.

“I do not wish any event, dancers or players and all that. I just want to show up for work, like every first workday. Though it is going to be a Friday, which is the weekend, I’m going to work for over eight hours that day.

“No ceremony, no event, no party, nothing. Not even 10 Kobo will be spent. So the people who are saying N20million has been budgeted should go and tell us where they will get that money. It is going to be work, work, work, and that is what we epitomize,” he said.