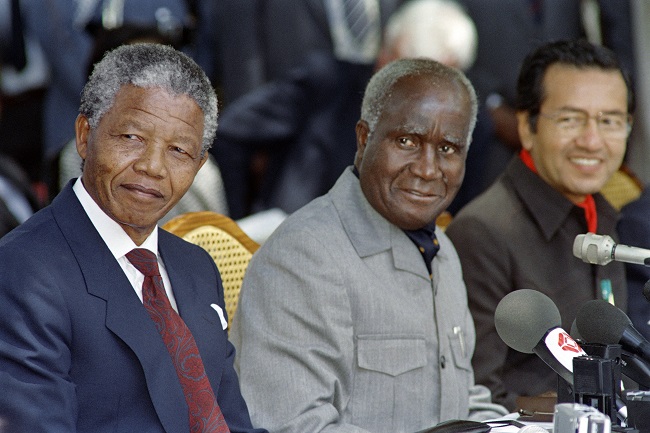 South Africa has declared 10 days of national mourning for Zambia’s founding president Kenneth Kaunda who died at the age of 97 following a bout of pneumonia, the presidency said Friday.

Zambia under Kaunda was one of the countries most opposed to the apartheid government and for decades hosted the exiled African National Congress (ANC) on its soil.

Kaunda was the first foreign leader South African liberation icon Nelson Mandela visited on his release from prison in 1990.

“In remembrance of this great leader the South African government has declared a period of mourning for 10 days with immediate effect,” said a statement from President Cyril Ramaphosa’s office.

Zambia itself is observing 21 days of national mourning, with flags flying at half-mast and all entertainment banned.

Ramaphosa said Kaunda is a “rightfully revered father of African independence and unity” whose “leadership was a source of inspiration and resilience”.

“Under his leadership, Zambia provided refuge, care, and support to liberation fighters who had been forced to flee the countries of their birth,” said Ramaphosa.

“He stood alongside the people of South Africa at the time of our greatest need and was unwavering in his desire for the achievement of our freedom,” said Ramaphosa.

“We will never be able to repay the debt of gratitude” owed to Kaunda, he added.

In neighbouring Botswana, President Mokgweetsi Masisi has ordered seven days of mourning in honour of the “selfless” Kaunda, an “iconic statesman of the highest credentials”.

Kaunda ruled Zambia for 27 years, taking the helm after the country gained independence from Britain in October 1964.

While in power he hosted many of the movements fighting for independence or black equality in other countries around the region.