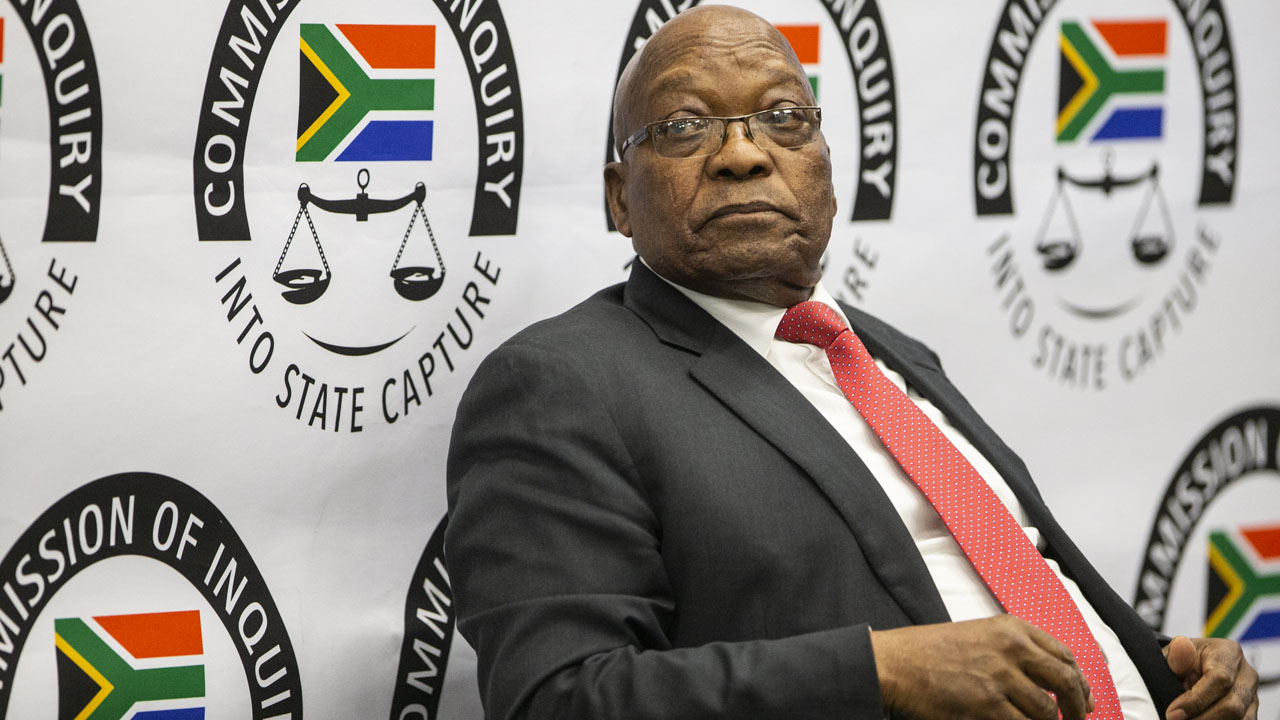 Zuma, 79, has been hospitalised since August 6 at a health facility outside the prison where he had been incarcerated for ignoring a court order to testify before a judicial panel probing corruption during his nine-year tenure, which lasted until 2018.

The Department of Correctional Services said in a statement on Sunday that Zuma’s “medical parole” took effect on Sunday and he will serve the rest of the 15-month prison sentence outside jail.

Zuma “will complete the remainder of the sentence in the system of community corrections, whereby he must comply with a specific set of conditions and will be subjected to supervision until his sentence expires,” the statement said.

The decision was motivated “by a medical report” the department received, it said.

Zuma was admitted to hospital for observation on August 6 for an undisclosed condition, and underwent a surgical procedure on August 14. He remains hospitalised.

The prison authorities appealed to South Africans to “afford Mr Zuma dignity as he continues to receive medical treatment”.

He started serving his sentence on July 8 at the Estcourt prison, around 180 kilometres (110 miles) northwest of Durban. Two weeks later, he was allowed to leave prison to attend his brother’s funeral at his rural home in the town of Nkandla.

His jailing sparked a spree of unprecedented violence and looting of businesses and shops in post-apartheid South Africa, resulting in millions of dollars worth of damage and losses.

His successor Cyril Ramaphosa described the unrest as an orchestrated attempt to destabilise the country and vowed to crack down on alleged instigators.

Earlier on Sunday a handful of veterans of the ruling ANC’s armed struggle wing Umkhonto we Sizwe, who have staunchly stood behind Zuma in recent years, disrupted a eulogy by party chairman Gwede Mantashe at a funeral of one of group’s leaders, chanting for Zuma to be freed from jail.

Zuma’s spokesman Mzwanele Manyi said that while he had not spoken to the former president since the news broke, “he should have been relieved, anyone can only be elated when this happens”.

He said Zuma’s “unconstitutional” imprisonment had worsened his health.

“It (has) had an exponential impact in terms of deteriorating his condition,” he said while refusing to divulge the illness.

The largest opposition Democratic Alliance party slammed the parole as “entirely unlawful and makes a mockery” of prison regulations.

Meantime, Zuma’s long-running corruption trial over an arms deal dating back more than two decades was last month postponed to September 9, pending a medical report on his fitness to stand trial.

Proceedings have been repeatedly postponed for more than a decade as Zuma has fought to have the charges dropped.

Zuma faces 16 counts of fraud, graft, and racketeering related to the 1999 purchase of fighter jets, patrol boats, and equipment from five European arms firms when he was deputy president.

He is accused of taking bribes from one of the firms, French defence giant Thales, which has been charged with corruption and money laundering.