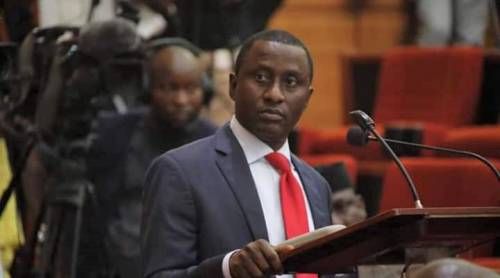 The Minister of State for Mines and Steel Development, Uche Ogah, on Wednesday accused Peoples Democratic Party governors in the South East of allegedly taking credit for projects embarked upon by the All Progressives Congress-led Federal Government.

He claimed that in most of the states, the governors present such interventions by the Federal Government as coming from their political party.

Ogah made the claims while answering questions from State House correspondents at the Presidential Villa, Abuja after the weekly Federal Executive Council meeting where he briefed members on the town hall meeting he had with stakeholders from the zone after the #EndSARS protests.

The minister said, “ If you look at it you will know that the entire South East is governed by the PDP.

The minister also justified the reported heavy presence of military and police in the southeast geopolitical zone, saying the development had attracted investments.