HomeWORLD NEWSStep down or be impeached, Democrats tell Trump

Step down or be impeached, Democrats tell Trump 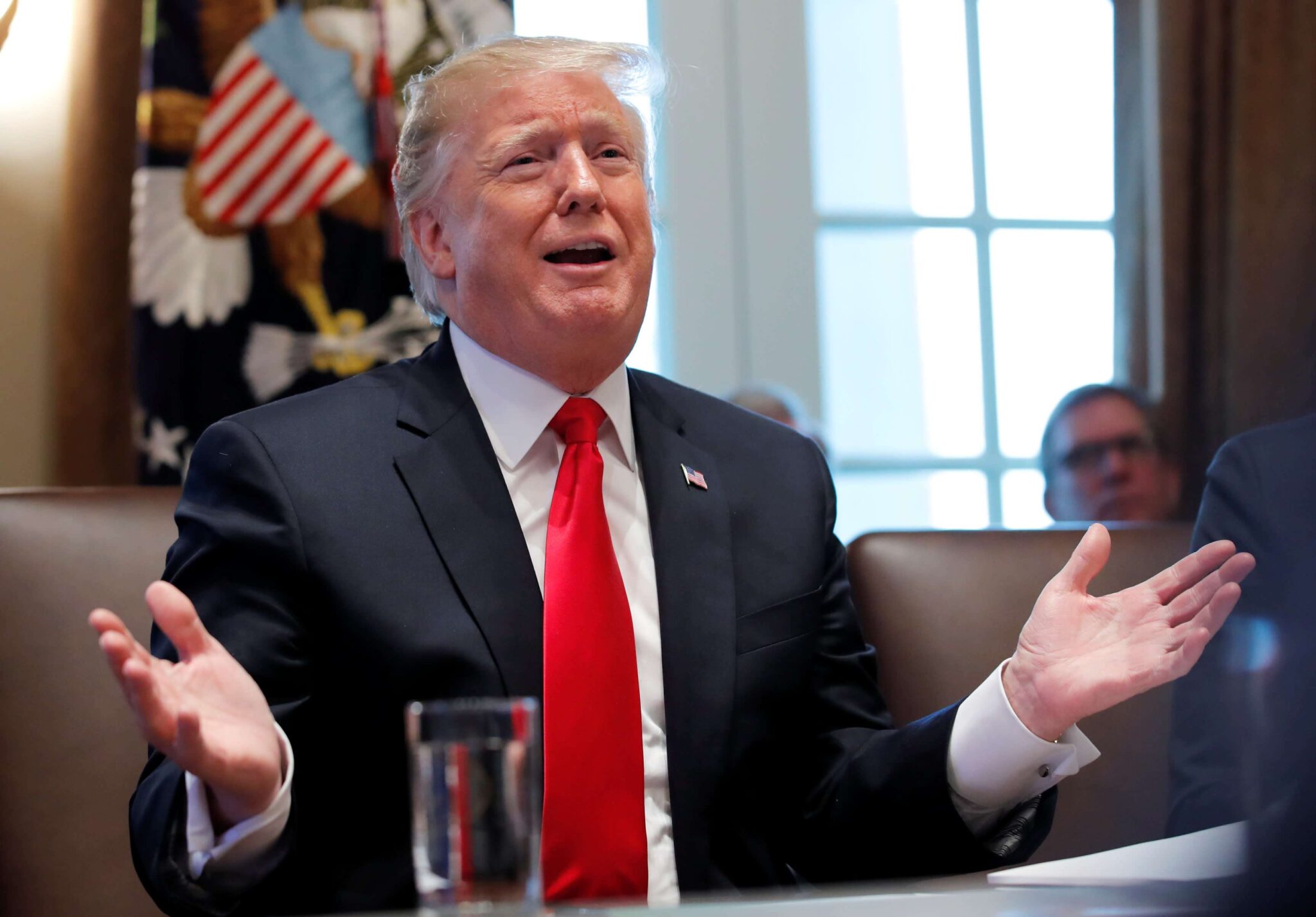 President Donald Trump came under pressure Friday to step down or face impeachment, as the top Democrat in Congress announced she had discussed with the military how to block the “unhinged” leader from the nation’s nuclear arsenal.

As his presidency imploded, Trump put on a final, unrepentant display of division by announcing on Twitter that he will skip the inauguration of Joe Biden on January 20.

“To all of those who have asked, I will not be going,” he tweeted.

The statement, while not a surprise from the most divisive president in decades, scuppered any idea that Trump might seek to spend his remaining 12 days in the White House helping his Democratic successor to calm tensions.

Not since 1869 has an outgoing US president missed the inauguration of the incoming leader, a ceremony symbolizing the peaceful transfer of power.

But two days after Trump incited followers to storm Congress, his presidency is in freefall, with allies walking away and calls for his removal accelerating.

“If the President does not leave office imminently and willingly, the Congress will proceed with our action,” Pelosi wrote.

In another jaw-dropping moment, Pelosi also revealed she had spoken Friday with the Chairman of the Joint Chiefs of Staff Mark Milley about “preventing an unstable president from initiating military hostilities or accessing the launch codes and ordering a nuclear strike.”

“The situation of this unhinged President could not be more dangerous, and we must do everything that we can to protect the American people from his unbalanced assault on our country and our democracy,” Pelosi wrote.

Democrats in the House of Representatives, who already impeached Trump in a traumatic, partisan vote in 2019, said the unprecedented second impeachment of the president could be ready next week.

“We can act very quickly when we want to,” Representative Katherine Clark told CNN.

Whether Republican leaders of the Senate would then agree to hold a lightning-fast impeachment trial before the January 20 transition is another matter.

“A new administration will be inaugurated on January 20. My focus now turns to ensuring a smooth, orderly and seamless transition of power,” Trump said in a short video.

However, the evidently reluctant concession, in which Trump failed to congratulate Biden or directly admit defeat, was too little, too late to calm outrage over his role in the Capitol invasion.

Five people died in the mayhem, including one woman who was shot dead and a Capitol Police officer who was pronounced dead from his injuries on Thursday. Flags over the Capitol were lowered to half-mast on Friday.

Senator Ben Sasse, one Republican who says he will “definitely consider” impeachment, recommended that Trump at minimum step back and let his vice president run the show in the dying days.

“I think the less the president does over the next 12 days the better,” he told NPR radio.

– Government exit –
Education Secretary Betsy DeVos became the second cabinet member to quit the government, telling Trump in a letter Thursday that such “behavior was unconscionable for our country.”

Earlier, Transportation Secretary Elaine Chao announced she was departing over the “entirely avoidable” violence. A string of lower level officials have also left.

According to reports, the only reason the trickle hasn’t turned into a flood is the decision by senior figures to try and maintain stability during the transition to Biden.

Trump, however, appears to have lost the grip he once exercised on both the Republican party and his own staff as he rampaged through four years of one of the most turbulent presidencies in US history.

Speaking to CNN, retired Marine Corps general John Kelly, who served as Trump’s chief of staff for 18 months, said the cabinet should consider the 25th Amendment but believed the president had already been put into a box.

“He can give all the orders he wants but no one is going to break the law,” Kelly said.

– Biden faces grim inauguration –
Biden, who won seven million votes more than Trump, as well as a decisive majority in the vital state-by-state Electoral College, will be sworn in on the Capitol Steps under huge security.

Between drastic Covid-19 crowd restrictions, the absence of Trump, and a new “unscalable” fence thrown up around the congressional complex, there will be little of the ordinary inauguration vibe.

And Biden will immediately face extraordinary challenges, starting with his core campaign promise that he can “heal” the nation.

So far, the Democratic leader has carefully avoided weighing in on demands for Trump’s removal.

Impeachment of the president could present the incoming Democrat with an even more polarized landscape, further complicating the task of reuniting the country.

At the same time, the crisis has sparked such revulsion in Congress on both sides of the aisle that Biden may come into office with an unexpectedly bipartisan tailwind.

On Thursday, he accused Trump of mounting an “all-out assault on the institutions of our democracy” and called the assault on Congress “one of the darkest days in the history of our nation.”