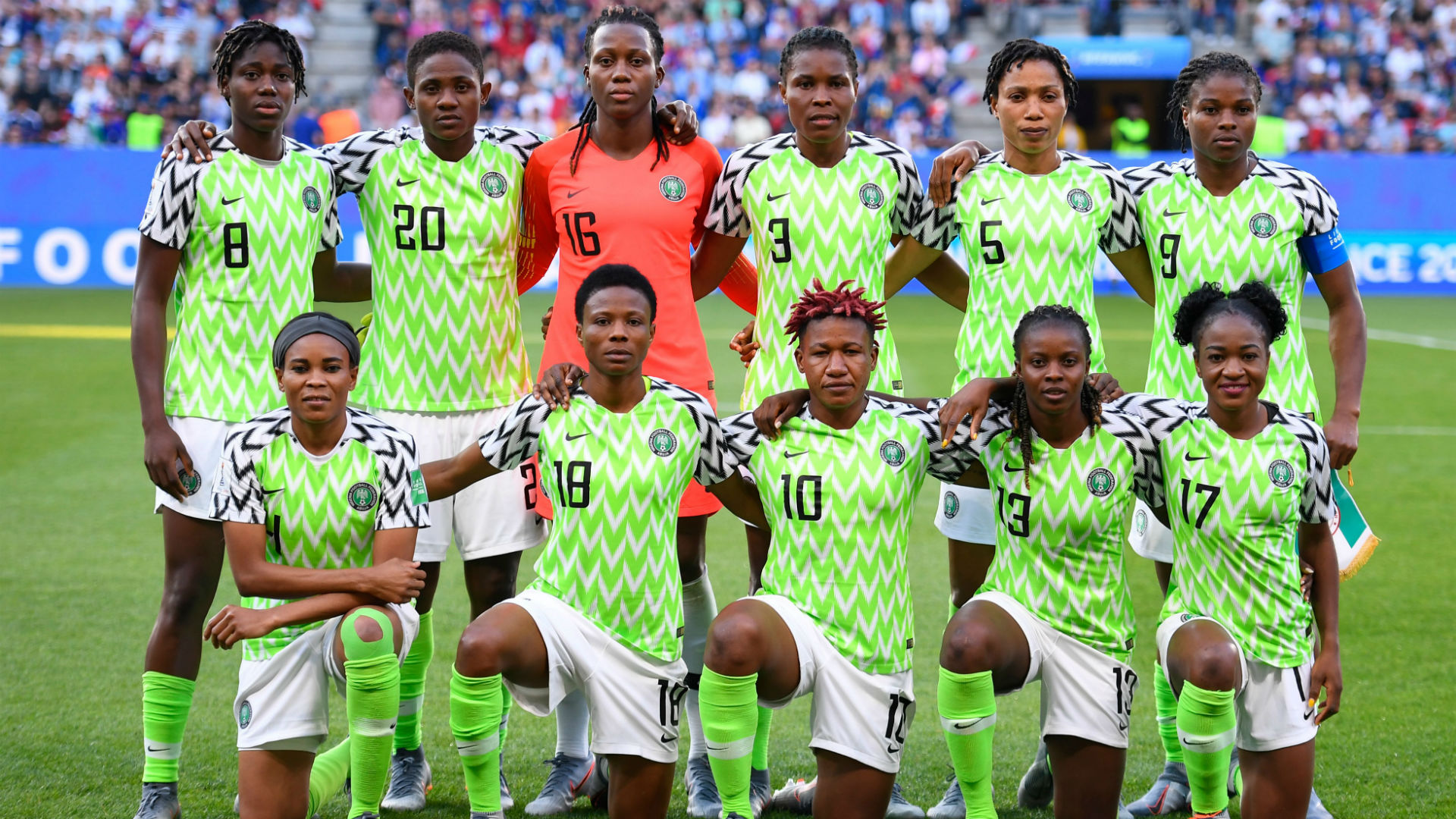 The competition had the Falcons, Equatorial Guinea, Uzbekistan, and CSKA Moscow Ladies in attendance.

Falcons finished as champions with a maximum of nine points from three matches, scoring 11 goals and conceding none.

Glory Ogbonna opened the scoring for the nine-time African champions in the ninth minute, before captain Oshoala scored two goals from the spot in the 12th and 13th minutes, and then added a third in the 26th minute.

Uchenna Kalu made it 5-0 in the 36th minute, while Eibar forward Charity Adule scored the sixth goal with a fine header three minutes later.

The hardworking Toni Payne’s 43rd-minute thunderous strike after shielding off two of her opponents ensured that the Falcons took a seven-goal advantage into the half-time break.

Falcons coach Randy Waldrum brought on Gift Monday, Ramat Abdulkareem, Esther Sunday, and Maryam Ibrahim for Chiwendu Ihezuo, Chidinma Okeke, Payne, and Kalu respectively, ensuring all the 23 players for the tournament had a taste of the action.

The Nigerians, however, took their foot off the pedal in the second half, but still scored two goals to confine Equatorial Guinea, two-time African champions to a humiliating defeat.

Substitute Gift, who plays for Robo FC in the domestic league, scored the eighth goal in the 69th minute before Oshoala grabbed her fourth of the game in the 85th minute to cap an emphatic win for the African champions.

Two minutes later, Equatoguinean defender, Gina, was given the marching orders after a harsh tackle on the rampaging Ramat Abdulkareem on the left flank.
With the result, the Falcons become the first African team to win the tournament, following three straight wins.

Waldrum’s side defeated CSKA Moscow Ladies 1-0 in their opening game of the tournament before beating Uzbekistan by the same margin in their second encounter.

Oshoala attributed the performance to the hard work of the players.

“As a team, I’m really happy and also with the attitude the girls put up in the tournament because we came all out to make sure we had fun.

“Also, we worked very hard. We just want to make sure that we give our best and keep getting good results and goals as much as we can,” Oshoala told NFF Media.

Uzbekistan and CSKA Moscow will play the final game of the group later today to determine who finishes runners-up to the Falcons.

Uzbekistan and CSKA both have three points but the Uzbeks have a superior goal difference of +4.

Equatorial finished the competition without a point, after losing all three matches.

Senate confirms nomination of Buratai, other ex-service chiefs as ambassadors