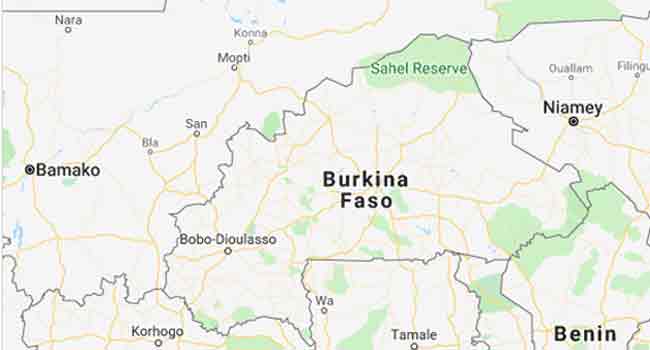 Burkina Faso began two days of mourning on Sunday after 41 people died in the latest attack by suspected jihadists in the troubled and largely unprotected north.

A bloody six-year-long jihadist campaign has claimed around 2,000 lives and forced 1.4 million from their homes in the formerly peaceful West African nation and show no signs of easing.

A government statement said following Thursday’s attack, “the search mission in the area of an ambush by armed terrorist groups… has established a toll of 41 bodies”.

“The president decrees national mourning of 48 hours,” from midnight on Sunday, it added.

The government said the dead included members of an official self-defence force known as the Volunteers for the Defence of the Motherland (VDP), set up to support the army.

Volunteers receive 14 days of training and are then sent out on patrols and surveillance missions, equipped with light arms.

Among the victims was Ladji Yoro, considered a leader of the VDP in Burkina Faso, the statement said.

“The identification of the victims is still underway,” said the government statement.

Burkinabe President Roch Marc Christian Kabore hailed Yoro as a “brave VDP member who must serve as a model of our determined fight against the enemy”.

The defence ministry paid tribute to his “heroism” and “supreme sacrifice”.

According to local media, the ambush targeted a convoy of traders escorted by VDP near Ouahigouya, a town not far from the Mali border.

The attack was the deadliest since mid-November when 57 people, including 53 gendarmes, were killed.

Two weeks before they were attacked, the gendarmes had warned headquarters that they were running short of supplies and were having to trap animals to eat.

They had been waiting in vain for several days for a relief force when they came under attack from hundreds of fighters on pickups and motorcycles, according to accounts of the battle.

The poorly equipped security forces have struggled against a ruthless and highly mobile foe.

Like its neighbours Mali and Niger, Burkina Faso has been caught up in a spiral of violence since 2015, attributed to armed jihadist groups affiliated to Al-Qaeda and the Islamic State militant group.

Uche Nwosu Was Not Kidnapped But Arrested – Police