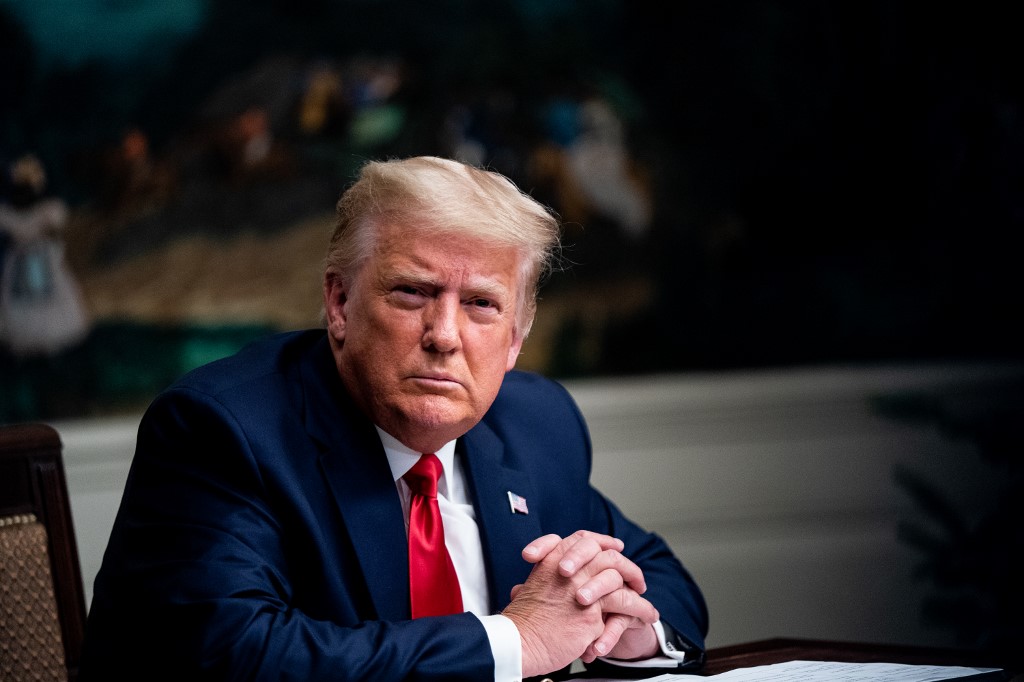 Several of former US President Donald Trump’s impeachment lawyers have left his team a little over a week before his trial, US media reported Saturday.

Unnamed sources were saying that five lawyers — including two who were thought to be leading the team — had parted ways with the Republican billionaire after disagreeing over his legal strategy.

Trump had wanted the lawyers to continue his baseless claims of mass election fraud rather than focus on the legality of convicting a president after he has left office, CNN said, adding that he was “not receptive” to the discussion.

The lawyers included Butch Bowers and Deborah Barbier, expected to lead Trump’s defence, CNN and other outlets reported, saying it had been a “mutual decision.”

“We have done much work, but have not made a final decision on our legal team, which will be made shortly,” tweeted Trump advisor Jason Miller in response to the reports.

The development leaves Trump, who has reportedly been struggling to form a defence ahead of his historic second impeachment trial over the ransacking of the US Capitol this month, facing new hurdles with just days to go.

However, even with his legal team in chaos, he looks increasingly likely to dodge conviction.

Nearly all senators from his party have signalled opposition to his trial and fueled efforts to censure him instead.

The trial — in which Trump faces a charge of “incitement of insurrection” — will begin on February 9.

But with just five Republicans joining all 50 Democrats this week in agreeing that the trial should go forward, it appears unlikely that 17 Republicans would vote against Trump, the minimum number needed to reach the two-thirds threshold for conviction.

A censure would be less severe than expulsion but is a formal statement of disapproval.

It would still need 10 Republicans to go along in order to overcome any blocking tactics set out by Trump loyalists.

While a conviction would lead to a simple-majority vote on whether to bar Trump from holding any future public office, a censure resolution carries no such trigger.

That would leave the door open for Trump to run again in 2024, a prospect that a significant portion of Republicans now supports, despite the deadly storming of the Capitol on January 6 by a mob of pro-Trump extremists in an effort to overturn the results of the election.