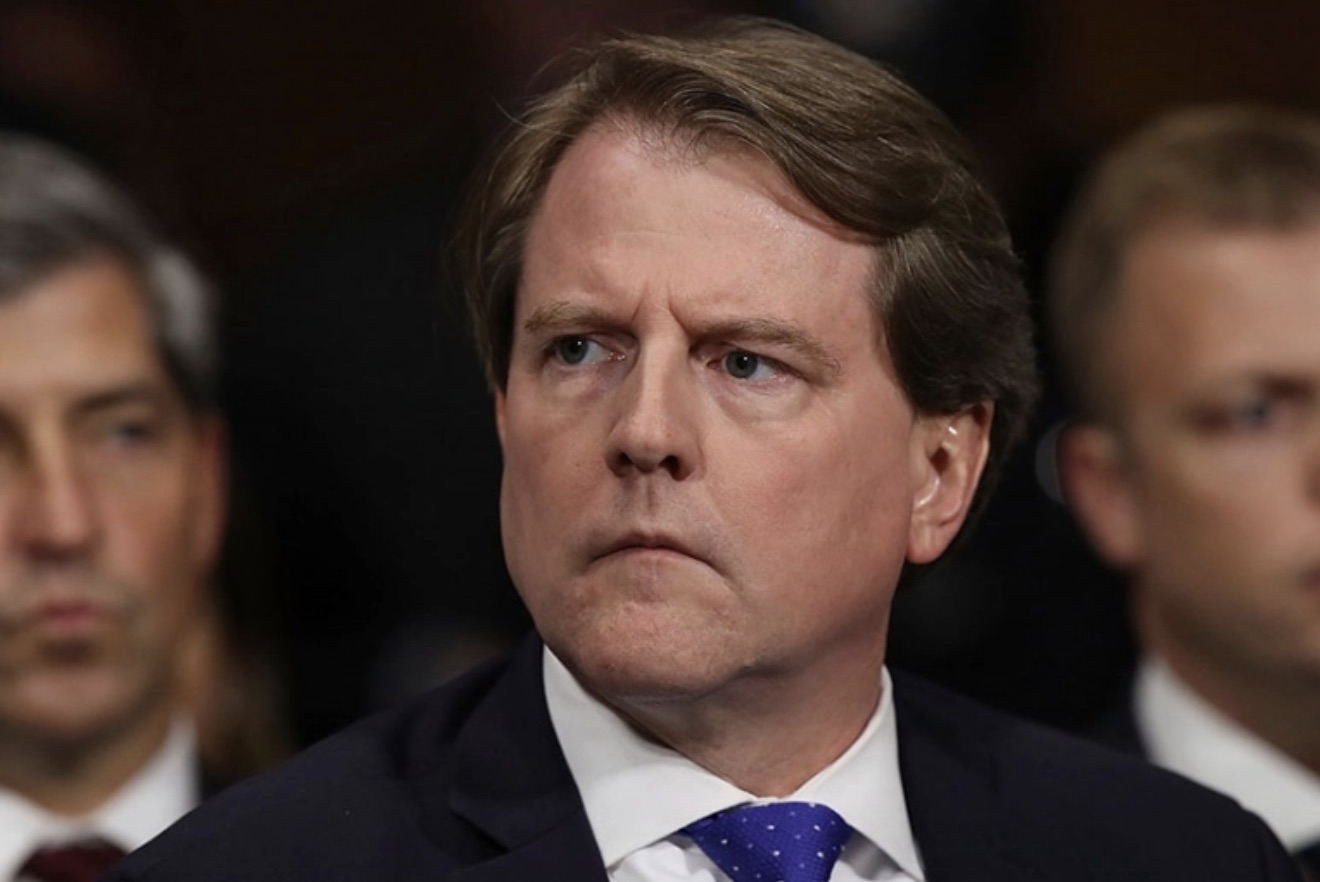 Former U.S. President Donald Trump ordered his top White House attorney, Donald McGahn, to issue a false statement at the height of the Mueller investigation, though he knew that lying could carry criminal consequences for both of them.

McGahn, who served as Trump’s first White House counsel, revealed this to members of the House Judiciary Committee in a closed-door hearing last week.

He said the ex-president instructed him to issue a statement in February 2018 denying that he had ever tried to fire former FBI director Robert Mueller, who was tasked with investigating obstruction in the 2016 election.

The revelation came out in a 241-page transcript of the testimony released Wednesday.

Trump knew that statement “would not have been accurate” since he had ordered McGahn months earlier to orchestrate Mueller’s firing — a demand McGahn refused, he testified.

Trump also knew at the time that McGahn had already told Mueller’s investigators the truth, and that the special counsel would not take kindly to the White House lawyer giving conflicting accounts of a key episode in his probe into whether the former president obstructed justice, according to the testimony.

“[Mueller] had already publicly made clear he was going after various people for that, and that certainly is one that would weigh on anybody’s mind,” McGahn testified, referring to false statement crimes, according to the transcript.

One of the judiciary committee’s investigators asked McGahn during the June 4 hearing if he agreed with the characterization that Trump was asking him to “do crazy s–t” in first demanding Mueller’s firing and then requesting a statement claiming it never happened.

In a statement on Wednesday, Nadler said McGahn’s testimony provided “first-hand accounts of President Trump’s increasingly out of control behaviour” as Mueller dug deeper into his campaign’s ties to Russia and possible obstruction of that inquiry.

“All told, Mr McGahn’s testimony gives us a fresh look at how dangerously close President Trump brought us to, in Mr McGahn’s words, the ‘point of no return,’” the New York Democrat said.

After investigating Trump for nearly two years, Mueller concluded in his special counsel report that he did not uncover enough evidence to recommend that the former president or his campaign aides be charged with directly colluding in Russia’s attack on the 2016 election.

However, Mueller notably never exonerated Trump of obstructing his investigation.

In his report, Mueller listed off 10 individual instances of potential obstruction crimes committed by the former president.

After Mueller’s probe wrapped up, Trump went on to get impeached twice for conduct related to the 2016 and 2020 election.

The former president maintains to this day that every investigation into his various alleged wrongdoing is part of a nefarious political “witch hunt.”

Over a dozen children have died of

At least 50 Huthi rebels and Yemeni