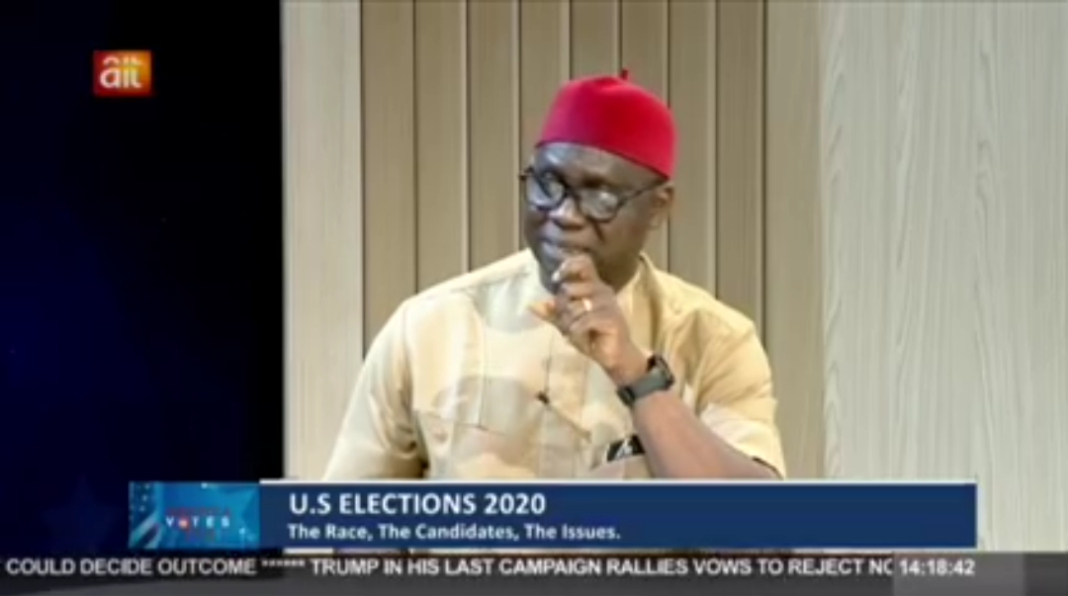 Hours to the opening of the United States of America polls, to elect a President an International Affairs Analyst and Editor-In-Chief Signature TV News,  VinMartin Obiora Ilo has described the US 2020 Elections, as an election like no other.

He stated this while featuring on an AIT programme ” America Votes 2020″ on Monday in Abuja. Click the link below to watch the AIT interview

While some people were being optimistic that the Democrats candidate, Joe Biden would easily win the U.S.A election, Ilo cautioned that the 2016 election which ushered Donald Trump in as President changed the narrative, as election in America is not only won based on poll predictions.

He said a candidate could win the popular vote but still lose election on the basis of the electoral college votes.

Analyzing the Trump led administration’s performance, Obiora Ilo said America has not provided leadership to the world in the last four years and Biden’s victory would heal America and the world at large.

Describing Trump as the big issue, Ilo said Corona virus, systemic racism, the economy, trade and a polarised nation are also key issues in the election.

The former AIT Diplomatic Correspondent, who had covered two US Presidential Elections, said Trump had operated an isolationist and protectionist foreign policy based on economic nationalism which has negatively affected relationship between America and other countries.

On how the election will affect Nigeria and Africa, Ilo said it was high time Africans took their fate in their hands.

According to him America is concerned about her own internal problems with no time for African issues and challenges.

He therefore advised African leaders to concentrate on trade between African countries and collaboration in other spheres to lift the continent out of poverty and under development.