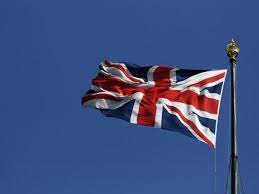 Britain’s government on Monday summoned Myanmar’s ambassador in London over the coup by the country’s military and the unlawful imprisonment of civilians, the Foreign Office said.

Myanmar Ambassador Kyaw Zwar Minn had been summoned to the Foreign Office, a ministry spokesperson said.

Adams called for assurance over the safety of those detained and for their immediate release, the statement added.

And he called for Myanmar’s National Assembly to be peacefully re-convened.

Earlier on Monday, Prime Minister Boris Johnson posted on Twitter: “I condemn the coup and unlawful imprisonment of civilians, including Aung San Suu Kyi, in Myanmar.

“The vote of the people must be respected and civilian leaders released.”

The Elders, the group of former world leaders founded by Nelson Mandela in 2007, called on the international community to exert pressure for an immediate return to civilian rule in Myanmar.

“This coup is yet another egregious violation of democracy and the rule of law in Myanmar,” Mary Robinson chair of The Elders and Ireland’s former president, said in a statement.

“The international community must make it clear that the military leaders who have seized power will be held accountable for their actions.

“Lasting peace and justice for all Myanmar’s people will only come when the military gives up its unjustified political role and politicians oppose racism, religious discrimination and bigotry in all forms.”

The generals justified the power grab by alleging fraud in the November elections that Suu Kyi’s National League for Democracy (NLD) party won in a landslide.

Their coup has sparked global condemnation, with the United States leading calls for democracy to be immediately restored.