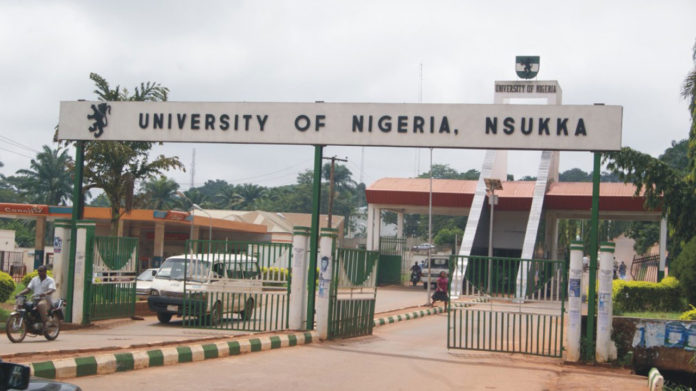 The University of Nigeria Nsukka (UNN) chapters of the Senior Staff Association of Nigerian Universities (SSANU) and the Non-Academic Staff Union (NASU) have joined a 3-day nationwide protest declared by their national bodies.

The two non-teaching staff unions of public universities had after a meeting of their National Joint Action Committee (JAC) last week announced that they would embark on the 3-day nationwide protest starting from Tuesday, January 12, to Thursday, January 14 to press home their demands on contentious issues to the Federal Government.

The protesting staff in the protest on Tuesday in UNN marched along major roads inside the campus singing solidarity songs and bearing placards with various inscription such as, “FG stop all these inconsistencies in IPPIS payment; “Education on Gross is evil stop it now; “Our State Universities are underfunded, do something now; “FG pay us the arrears of our Earend allowance, it is long overdue;” Where is the visitation panels?; and “Why the delay in the renegotiation of FGN/SSANU/NASU 2009 agreement?”

Addressing reporters shortly after the protest, Paul Eruah, Chairman of JAC UNN chapter, said that the protest was a response to the Federal Government’s failure to address any of the issues contained in the Memorandum of Understanding (MoU) both parties reached and signed.

According to him, ‘the 3-day protest was as a result of directives from the national leadership of the two unions to all their branches nationwide to embark on 3-days protest starting from Tuesday 12 to Thursday 14 January.

‘We are disappointed that the 2009 agreement with FG which bothered on Earned Allowances, Career Structure and progression of our members, encroachment into non-teaching units by Academic Staff among others, are yet to be honoured and implemented.

‘All our members in UNN participated in the protest today and they are ready to embark on indefinite strike when public schools resume should government fail to meet our demand.’

Clifford Amoke, Chairman NASU UNN, and all executive members of the unions were present at the protest.

No fewer than eight thousand complaints have