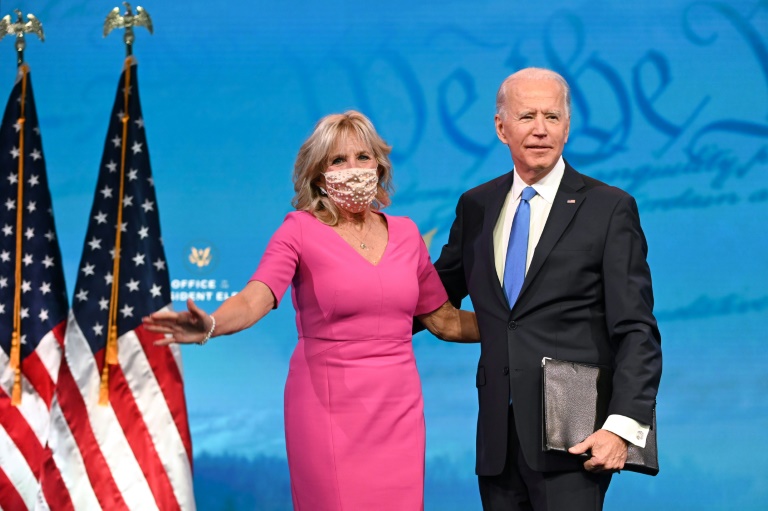 One day after the Electoral College affirmed Joe Biden as US president-elect, the top Republican in Congress broke weeks of election silence Tuesday and sent a sober message to a defiant President Donald Trump: it’s over.

For more than a month Senate Majority Leader Mitch McConnell had refused to recognize Biden, his former longtime Senate colleague, as the winner of the November 3 contest, arguing that the process would take time to play out.

But as Trump’s unprecedented bid to overturn the results crashed and burned, and with electors on Monday confirming Biden’s victory 306 to 232, McConnell became the most powerful member of the Republican Party to publicly acknowledge Biden’s victory.

“The Electoral College has spoken. So today I want to congratulate President-elect Joe Biden,” McConnell said on the Senate floor.

“Many of us hoped that the presidential election would yield a different result, but our system of government has processes to determine who will be sworn in on January 20,” he added.

“I also want to congratulate the vice president-elect, our colleague from California, Senator (Kamala) Harris,” he said, noting that “all Americans can take pride” that they will have a female VP for the first time.

While some Republican lawmakers signalled they would not give up the fight, others like retiring Senator Lamar Alexander directly urged Trump to “put the country first” and help Biden as he transitions to the White House.

Joining the chorus, Russian President Vladimir Putin on Tuesday congratulated Biden on his victory and said he was “ready for collaboration” on issues like global security.

Biden, 78, is expected to take a tougher stand against Russia than Trump, whom the Democrat slammed during the campaign for having “embraced so many autocrats around the world, starting with Vladimir Putin.”

Biden is riding high after members of the Electoral College gathered in all 50 states and the capital Washington to put the official stamp on the will of the people.

The vote offered no surprises — and in more traditional times the rather arcane Electoral College process would be just a formality in the normal transfer of power.

But Trump, in unprecedented fashion, has yet to acknowledge his own defeat in the chaotic election that will see him exit the White House after a single four-year term.

In welcoming the vote, Biden delivered a speech saying US democracy proved “resilient” against Trump’s “abuse of power.”

Biden praised voters for casting ballots in record numbers on November 3 despite fears of Covid-19 and “enormous political pressure, verbal abuse and even threats of physical violence” against those running the election.

Even as the door essentially shut on unprecedented efforts to overturn the results, Trump remained defiant, insisting in a series of tweets that he won a “landslide victory” and that there were still “tremendous problems” with the vote.

In a threatening move against Republican leaders in Georgia, where he has made baseless claims of massive voter fraud, he retweeted a pro-Trump lawyer who posted a picture of Georgia’s governor and secretary of state, saying “they will soon be going to jail.”

Biden campaigns later Tuesday in Georgia, where Democratic Senate candidates are locked in tight runoffs whose results will determine the balance of power in the Senate, and thus shape Biden’s presidency.

Democrats need to flip both seats in order to seize Senate control, while Republicans must hold just one to maintain their majority.

Republicans have framed Georgia as must-win races, with the state forming the last line of defence against what they describe as a radical, left-wing agenda.

“Georgia is the firewall to socialism,” one of the Republican incumbents, Senator Kelly Loeffler, said Monday. “We have to hold the line here.”

Meanwhile, Trump announced Monday that Attorney General Bill Barr, who contradicted his fraud claims, would leave his post next week.