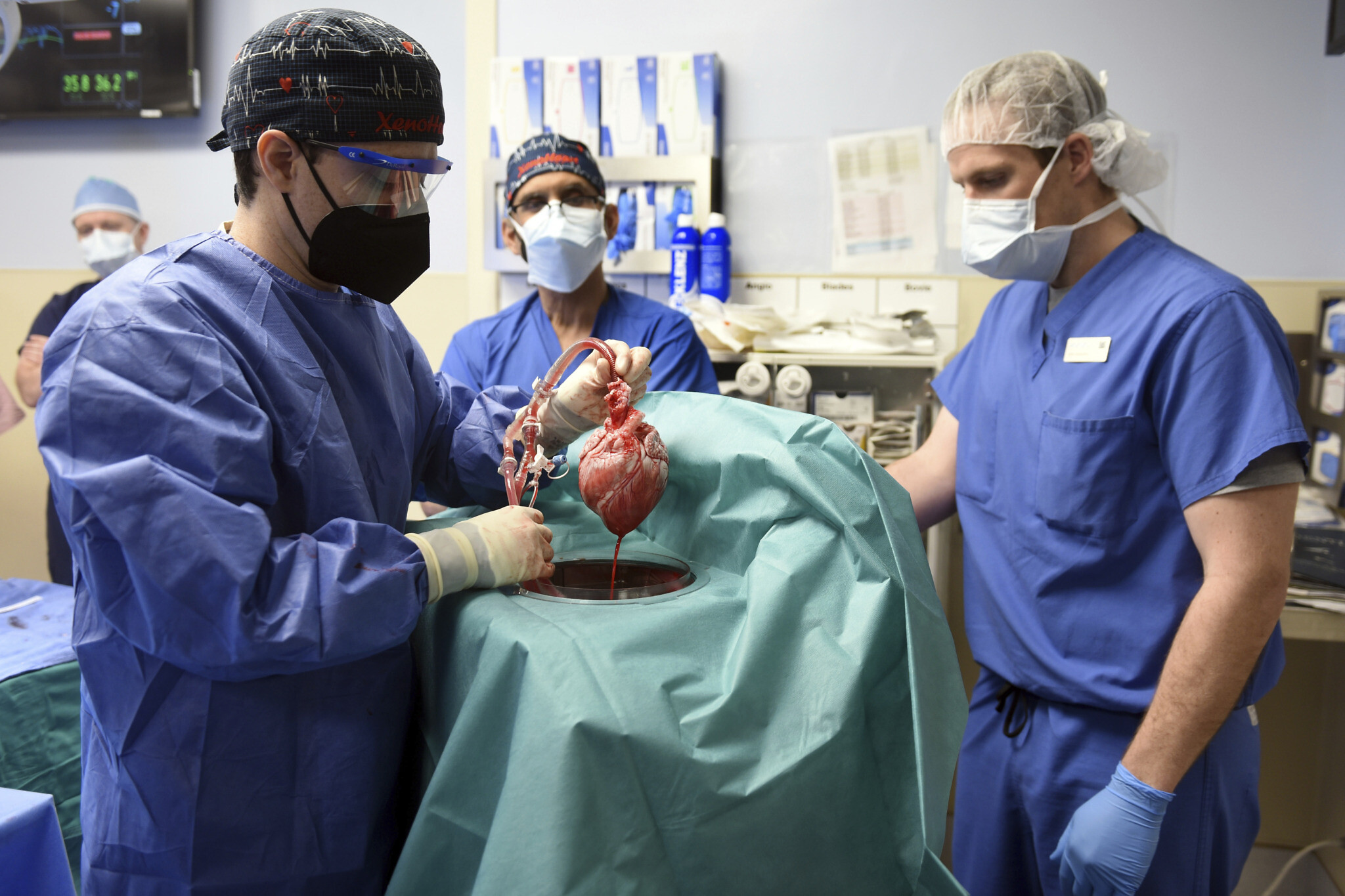 In what may look like one of the biggest medical discoveries of all times, United States surgeons have broken a world record as they transplanted the heart of a pig into a dying patient for the very first time in the world.

The operation, which took about nine hours to complete, was conducted on a 57-year-old man, David Bennett, at the University of Maryland Medical Center in Baltimore recently.

The US surgeons transplanted a genetically-modified pig’s heart into the patient’s body.

Surgeons subjected the pig’s heart to gene-editing, in order to remove sugar in its cells that may cause the human body to reject it.

Bennett was suffering from terminal heart failure and was too sick to qualify for a human transplant but after the operation, he was able to breathe on his own although he was connected to a heart-lung machine that helped his new heart pump blood around his body.

According to experts, it would take a few weeks to determine if his body would fully accept the organ when the machine would be taken off and if proved successful, would mark a medical breakthrough that could save thousands of lives.