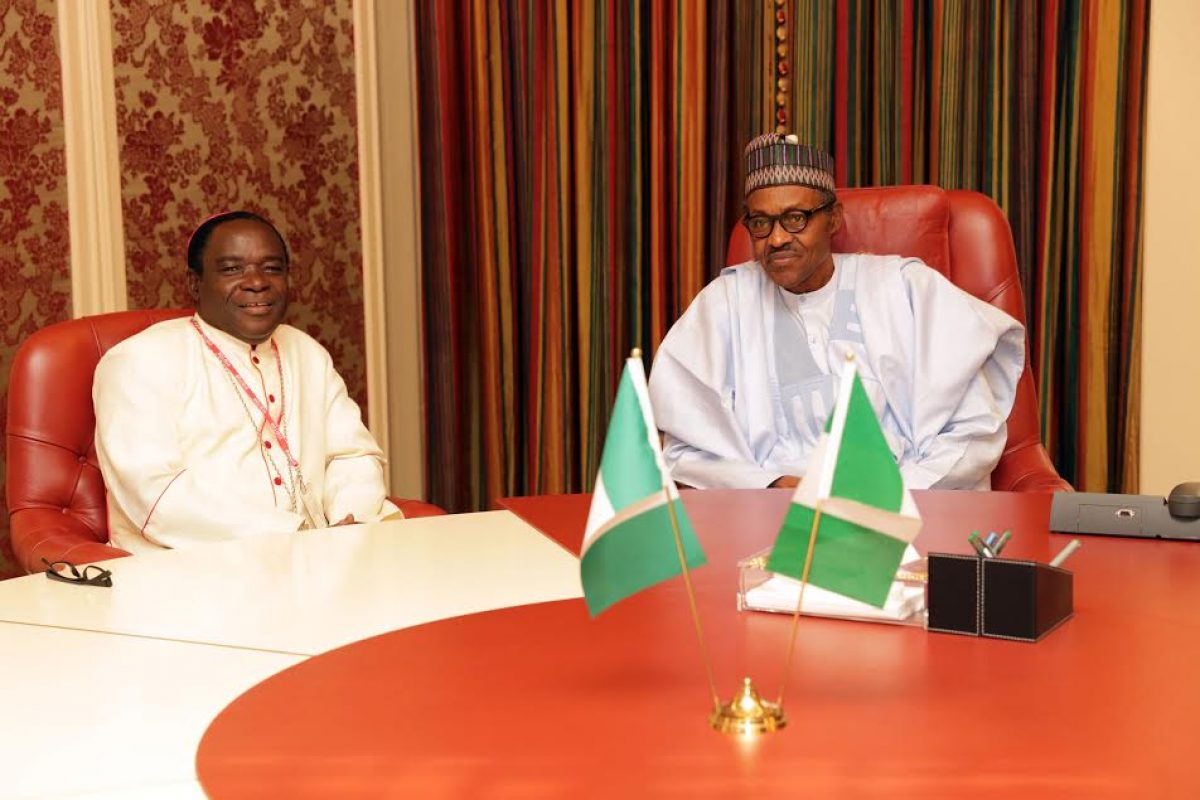 The Catholic Bishop of the Sokoto diocese, Matthew Kukah, has faulted the regime of President Muhammadu Buhari for its refusal to declare bandits as a terrorist group.

Kukah, in his homily at the burial of Rev. Fr. Alphonsus Bello, which held at Our Lady of Apostle Catholic Church Independence Way, Kaduna, on Wednesday, also said Nigerian leaders had no blood in their hearts.

“Those who govern us are allowing this killing of citizens in their innocency because they have no blood in their hearts,” Kukah said.

The late Bello was kidnapped alongside Rev. Fr. Joseph Keke and murdered by bandits on May 21, 2021, in Katsina.

The cleric noted that there was nowhere in the world where killings of human beings were so manifested as it was in Nigeria.

Kukah said, “There is nowhere citizens can be slaughtered in the whole world without the government showing empathy and concern.

“The continuous barbaric slaughter and murder of our people in their innocency suggest that our beautiful Presidential Villa, National Assembly, government houses, are not evidence of civilization.

“How did Nigeria come to this tragic situation? We know who they are, who they believe in and where their inspiration comes from. The government has never declared the kidnappers to be terrorist group.

“There is no ambiguity about those who are killing our people and why they are doing so and where their inspiration comes from. We hear and live with stories of complicity at the highest level. We as Christians can only rely on the faithful Word of God.

“Is it possible that you have a country where people have sworn with Qur’an and Bible to uphold the principles of governance that they will do everything within their power to protect and defend the integrity of Nigerians and suddenly we are where we are today?”

He added, “I think the President and governors of Nigeria should address Nigerians and say, fellow Nigerians I have sworn that I will not protect you from foreign invaders, kidnappers and being killed.

“You are on your own. Your security is in your own hands. Keeping you safe is not our immediate priority. Foreign bandits or anyone can come at will kill, loot, rape, kidnap and murder you. They can wipe out your communities, destroy your homes, your farmlands, property.

“They can kidnap or murder your children at will. They can rustle your cattle. If they kidnap your children, wives or husbands, we will consider you criminals for negotiating for their release. We are preparing a law that could see you go to jail for 15 years for this heinous crime against your fatherland.”